Nollywood actress, Tonto Dikeh seems to be leading her son in the spiritual path at quite a young age and we’re a bit awed by the mother of one.

The actress who earlier revealed that the police are coming to arrest her, has been heard in a video teaching her son how to pray and speak in tongues while at it. 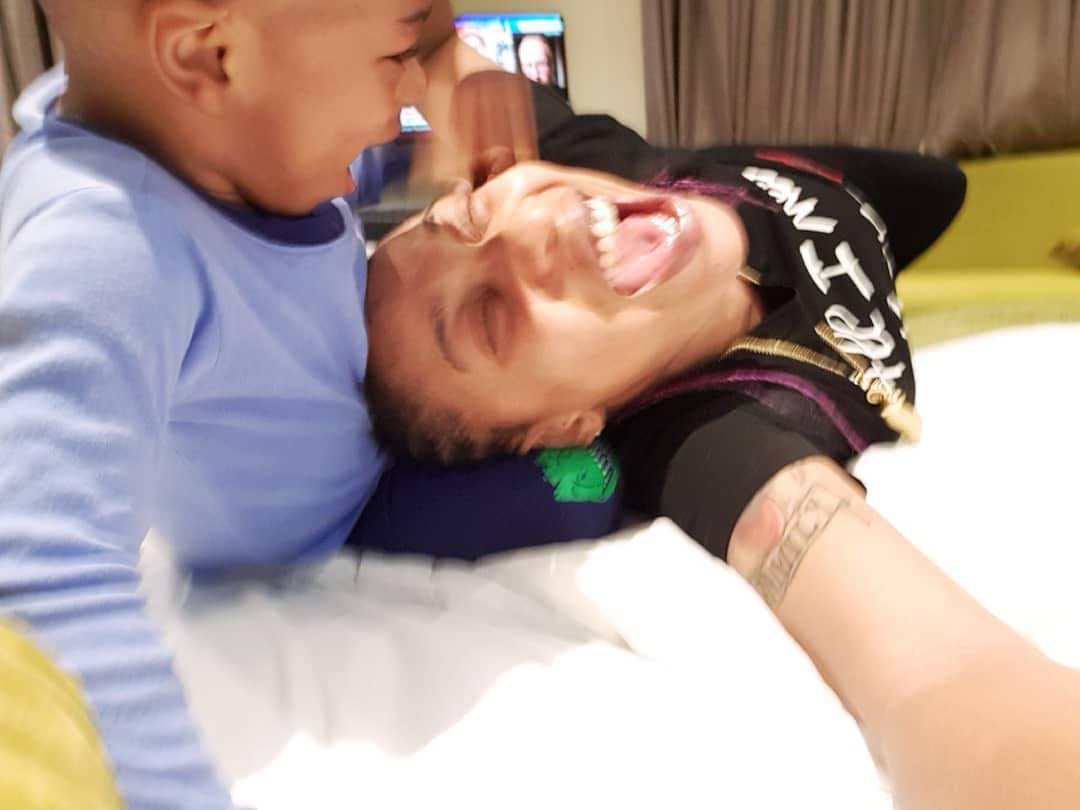 Months ago, after her estrangement from her hubby, Olakunle Churchill, the actress became a born again Christian and has since been sharing her faith and spirituality on her social media page.

It’s apparent now that she’s not sharing it with her followers alone but her son too… Watch below,