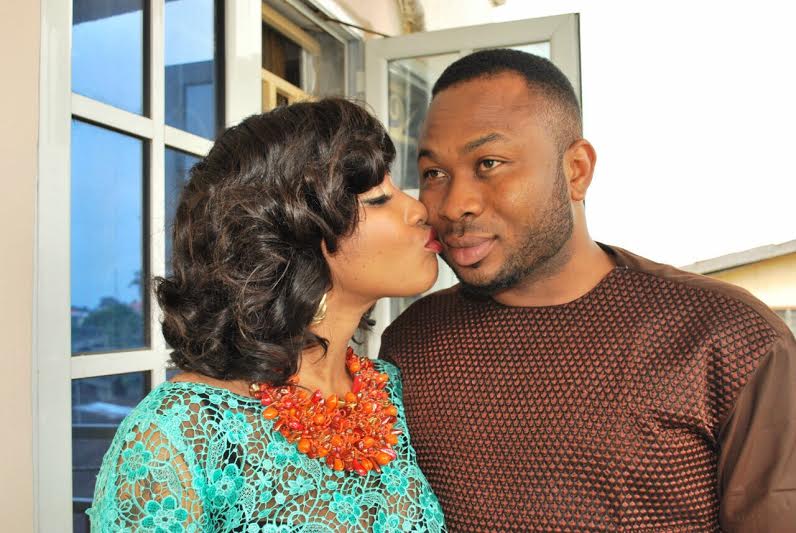 According to Reports by Ghkwaku, Tonto Dikeh’s husabnd, Olakunle Oladunni Churchill, was recently robbed at his home in Ghana.

Nollywood actress Tonto Dikeh’s boyfriend,Churchill Olakunle Oladunni has been robbed in what looks like a routine robbery.

According to my research, A truck was parked outside the building of Churchill to convey all the items in the house and with the confidence and what seemed to have taken place in broad-day light, neighbors did not suspect anything.

And also, with how everything transpired, from my point of view, this operation must have been led by a very close friend.

With the busy Scheduling and constantly flying out to see his girlfriend Tonto Dikeh, One would also assume on the day of the robbery that, Churchill was finallly packing out of the country,Ghana hence no doubts were raised.Everything was stolen by these armed robbers, from Tv to even the door mats.

Information that reached me as well was that, Tonto Dikeh and her man flew to Ghana to spend sometime in the capital only to find out about the shocker. They checked into Movenpic hotel and finally Flew out of the country the next day.

The Nigerian popular actress is finally set to say ‘I do,’ as on few weeks ago, she released stunning photos of her introduction ceremony with her boo, Churchill Olakunle Oladunni, held in Port Harcourt, the Rivers State capital. The wedding is set to take place this week in Nigeria.