A fan of Eniola Badmus tried to body-shame actress, Eniola Badmus.. But the troll apparently, got more than what he expected.

The troll immediately apologized to the actress seeing the way Eniola responded to the insult. 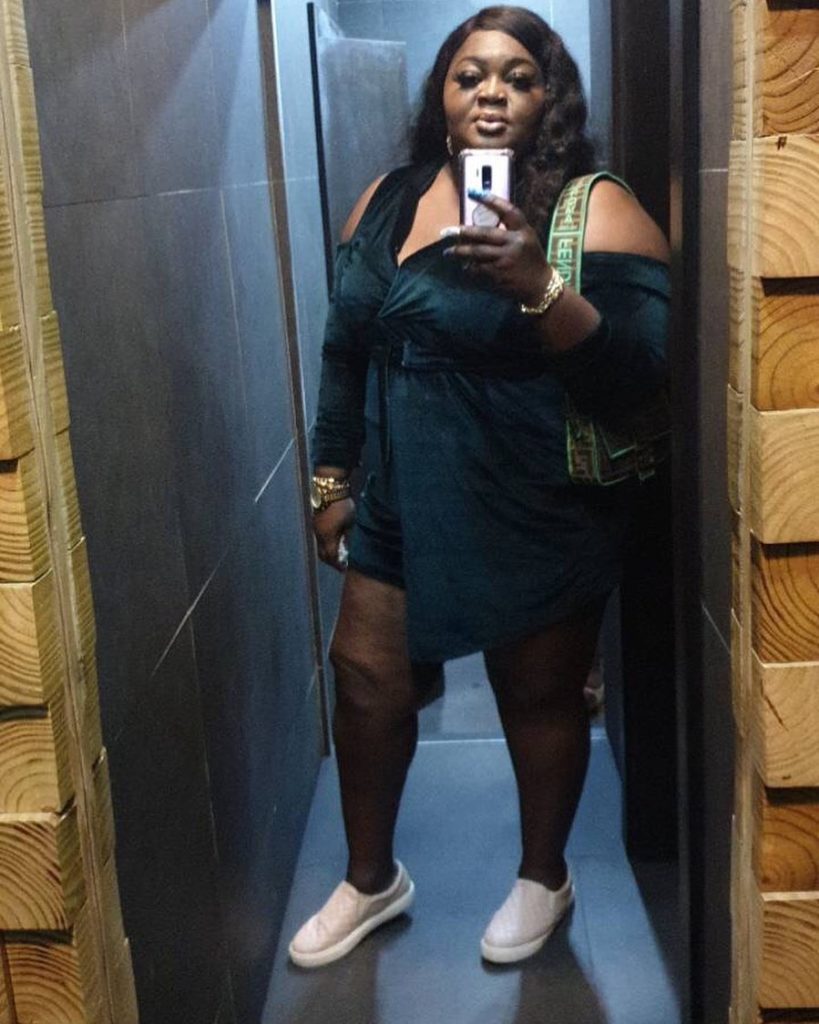 The actress shared a lovely photo of herself in a little velvet dress and IG user @mundigeoffrey insulted her.

“See as you dey shapeless like agege bread,” the troll commented.

Rather than call the follower out, Eniola replied with emojis of a laughing face. This caused the troll to quickly apologize. 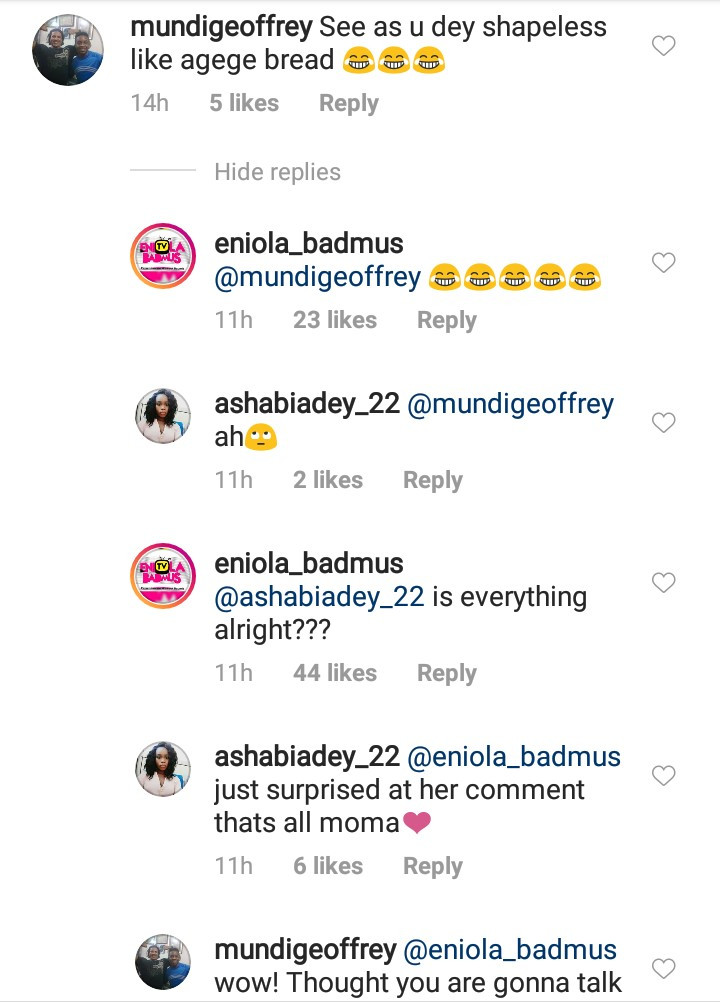 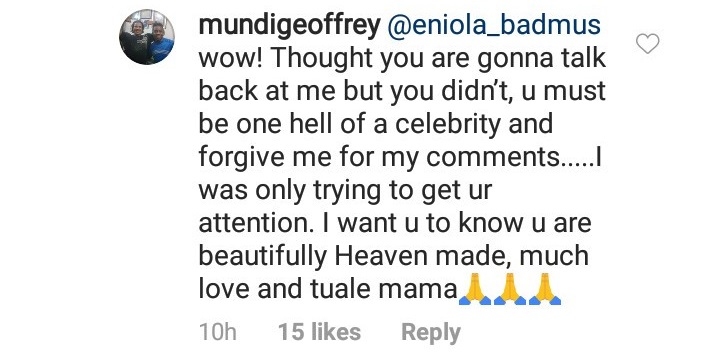