Reports have it that over 50 Nigerian students were yesterday apprehended in Turkey, allegedly on the orders of the Turkish government.

A source whose relative was among the detained students told ThisDay that “upon arrival at Ataturk International Airport in Istanbul, they were all escorted to a room and their passport confiscated by Turkish police.”

The detained Nigerians are mainly students of Fathi University, one of the private universities in Turkey. The school which is located in the metropolitan Büyükçekmece district of Istanbul, Turkey was founded in 1996 with a relatively high rate of international students from 102 countries.

“When they enquired why they were clamped in a dirty room, the police said they are students of a terrorist organisation. They offered to transfer them to government schools but on the condition that we will pay same fees as private universities,” the source added.

The Fathi University is among the 2099 schools, dormitories and universities shut down in the wake of the July 15th failed coup in Turkey.

The Turkish authorities said the schools and universities were terrorist schools because they have links with Islamic scholar Fethullah Gulen, whom the Turkish government had accused of being the mastermind of the coup in Turkey.

It would also be recalled the Turkish Ambassador in Nigeria Mr. Hakan Cakil, had requested the Nigerian authorities to close down 17 Turkish schools in Nigeria for alleged links to the Hizmet movement.

The Nigerian Authorities rejected the call, stating that it would rely on evidence linking the proprietors of the schools in Nigeria to the failed coup in Turkey.

In exclusive pictures obtained by THISDAY, students could be seen lying down on the bare floor in a room that could barely be habitable.

Their source also hinted of a particular case of a Nigerian by name Aminat, a final year student in one of the universities affected by the closure at the time of the coup. The source said:

“Aminat came to the airport to travel to Nigeria since her school had been shut, but to her surprise, she was asked to pay a penalty for entering the country illegally. She paid the fine, and she was kept, alongside others in the same room with people waiting to be deported.”

It was also gathered by the publication that some of those detained at the airport were made to sign documents giving their consent to deportation from Turkey.

An e-mail to the Turkish embassy on why the students were detained was not responded to as at the time of going to press, ThisDay reports. 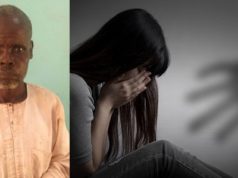 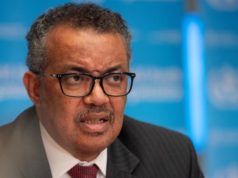 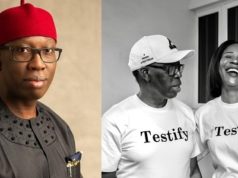