A Nigerian Twitter user, Nenye has used the platform to give the narrative of how an Uber driver once cancelled her trip when he found out her destination was a hotel. 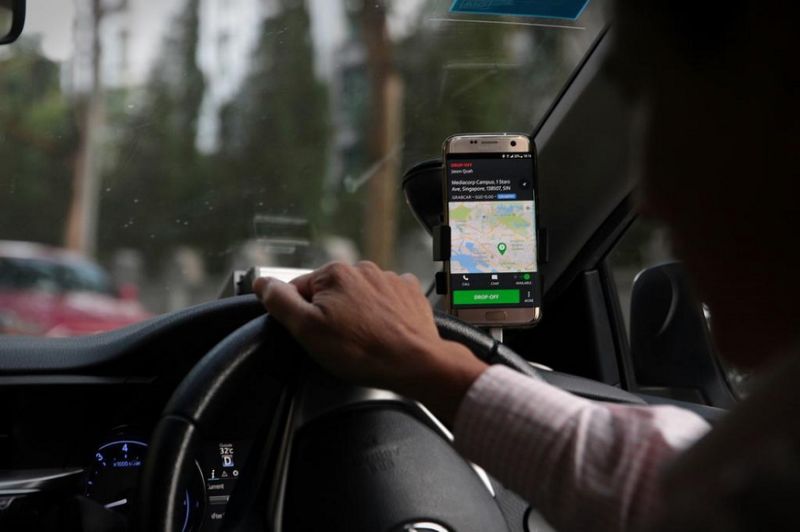 According to Nenye, she said the e-hailing driver, when he contacted her on the phone, asked for her destination and she mentioned the name of a hotel. She shared how the inquisitive driver tried to know about her purpose of going to the hotel and she replied him sarcastically, saying she was going “to do prostitution”.

Nenye claimed that after she gave him her sarcastic response, he hung up and cancelled the trip on her.

Nenye shared her story alongside other women on the social networking platform who are sharing their unpleasant experiences with e-hailing drivers.

What she shared below, 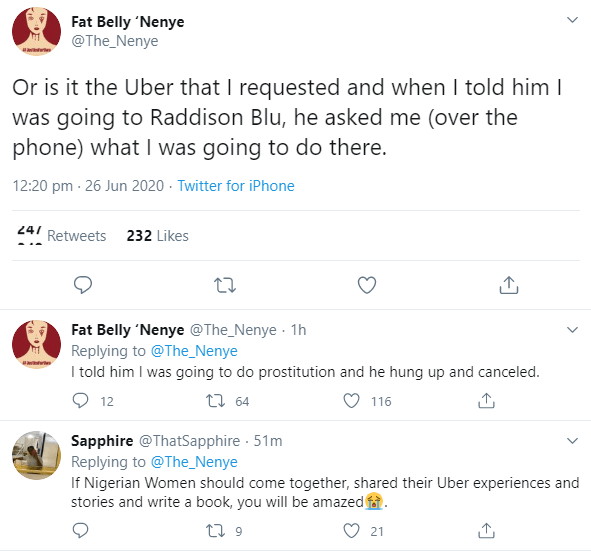 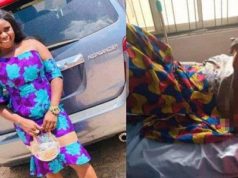 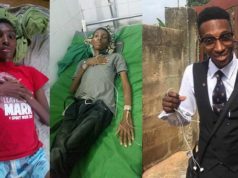 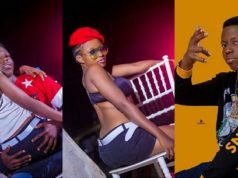 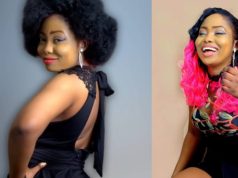 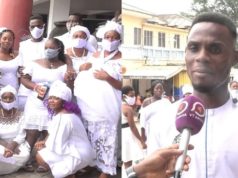 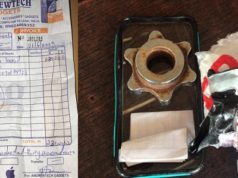 Friends mourn as lady dies after getting burnt while answering a phone call close...