A family has been thrown into mourning after two sisters were kidnapped by gunmen, leaving one dead and the other unconscious. 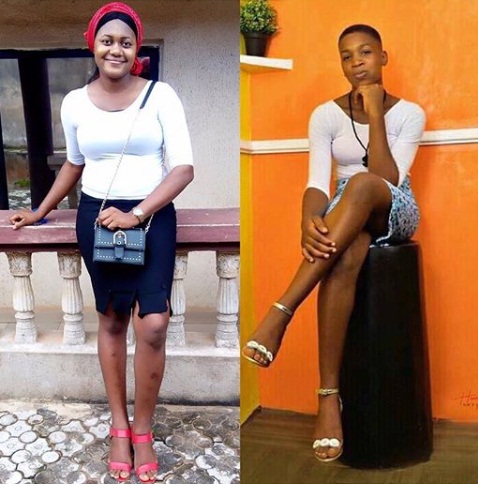 Esther Franz Uchechi, a graduate of Abia State University, Uturu (ABSU), was kidnapped along with her younger sister, Neche, a SS2 student. They were abducted in Imo state and taken to an undisclosed hideout in Anambra.

Neche was reportedly tortured to death, while Esther was found unconscious in a bush and rushed to the hospital by a priest. 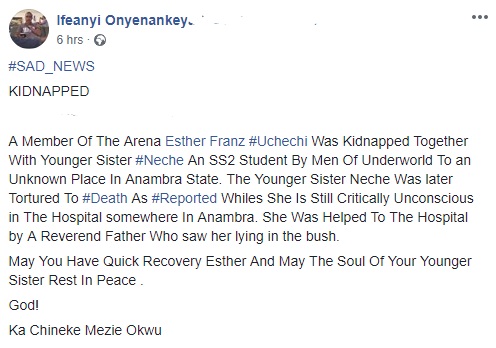