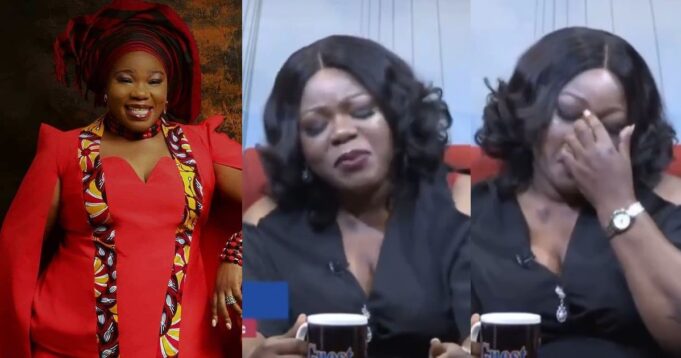 A throwback video from an interview late Nollywood actress, Ada Ameh, granted two weeks ago where she spoke about her battle with depression is now circulating online.

This comes after the sad news of her demise was announced on social media.

YabaleftOnline earlier reported that the thespian has died after she reportedly slumped and was rushed to a hospital in Delta state on Sunday, July 17.

Following the news, a video from an interview she had on TVC news recently is now trending online.

During the interview, the ‘Johnson’ star disclosed that she had been battling with depression for a long time after she lost her three sisters, three brothers and father to the cold hands of death.

According to her, the mental illness became worse after she lost her only daughter, Adazi, in 2020, as she would spend endless hours crying.

She said after losing a lot of people, she thought she would be the next person to die and sadly, the actress has now passed away.

In June, Ada Ameh also opened up on her battle with a mental illness and revealed that it was ‘taking her life’. Read here