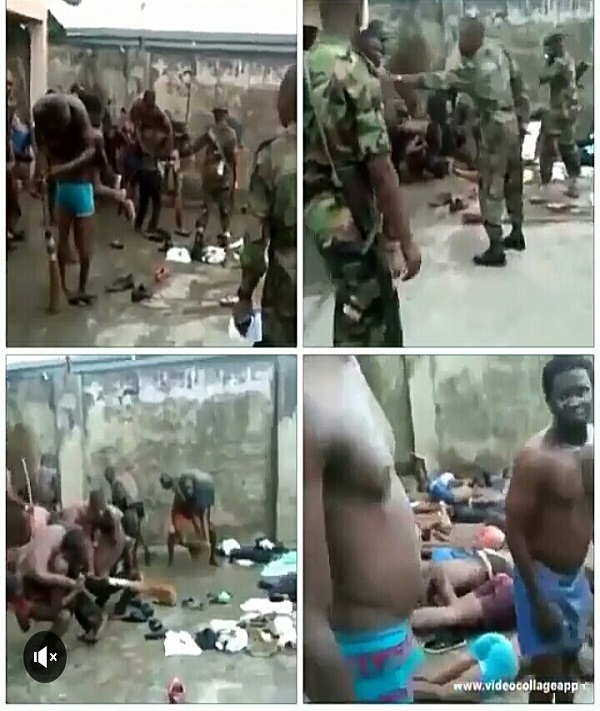 Another disturbing clip of Nigerian soldiers maltreating civilians has found its way online.

From the clip, men are seen stripped to their underwear and asked to roll on the ground, while the military officers splash them with buckets of water. And that’s not all.

The victims are asked to torture each other as some are seen slapping other victims.

Instablog9ja shared the clip and here’s how they reported it:

Another video of Nigerian soldiers maltreating civilians emerges . . From the video, it seems the soldiers were called in to deal with a group of boys who failed to clean up the compound on a Saturday, after spending the previous night ( Friday ) drinking. The soldiers made them strip down to their boxers, drenched them with water, made them lie down, while some of them were made to slap one another severally. . . Another version of the story is that the boys are amnesty boys that went for their payment of N65000 but because they weren’t listening to them, the boys violently created a scene and the soldiers were called to come and deal with them! This happened in warri.