The University of Lagos, UNILAG has said it did not approve the banner which had the Caretaker Chairman of the National Union of Road Transport Workers in Lagos State, Musiliu Akinsanya, aka MC Oluomo, as one of the invited guests for a program on the campus. 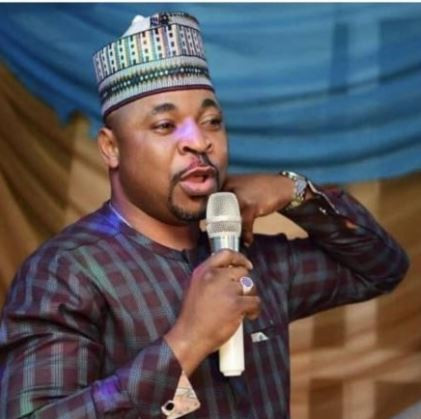 The university management, in a statement on Friday, September 20th dismissed the reactions trailing the invitation on the social media as mere propaganda. UNILAG had been attacked on social media on Thursday for inviting the transport union leader to the campus.

On Twitter, in particular, many had wondered why MC Oluomo was honoured with an invitation when a former presidential candidate, Omoyele Sowore, was barred from addressing students when he was invited for a similar gathering a few weeks earlier.

The UNILAG Principal Assistant Registrar, Communication Unit, Mrs Taiwo Oloyede, confirmed that the event was organised by students in the Geography Department of the school and that it held on Tuesday. 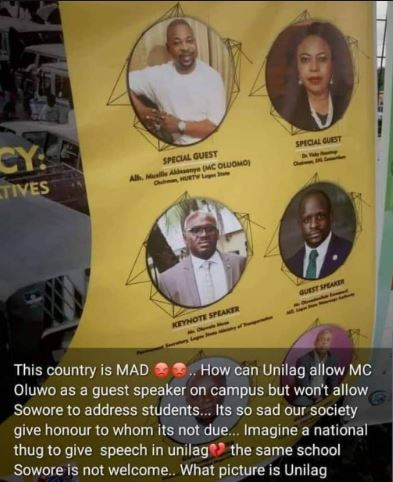 “The management of the University of Lagos hereby notifies parents, guardians and other stakeholders of the university that it is aware of the event to which the Lagos State Caretaker Chairman of the National Union of Road Transport Workers (NURTW), Musiliu Akinsanya, was allegedly invited.

“Although Alhaji Musiliu Akinsanya (MC Oluomo) was one of those to be invited, which informed the draft banner with his picture, currently trending on social media; the approved banner did not have Alhaji Akinsanya as an invited guest, neither did he attend the event.

“For the record, events are organised on campus to expose students to current trends in the academia and industries. During such events, experts and relevant stakeholders with considerable knowledge and experience on the theme of such activities are carefully selected and invited to come and share their thoughts with our students. The goal is to produce students that are locally relevant and globally competitive. Therefore, the general public is enjoined to disregard any propaganda making the rounds on social media about the propriety of inviting a particular guest or not.”