A Nigerian Writer and Social Media Influencer identified as SugaBelly has taken to her page to write reasons on why a child should bear his/her mothers’ surname.

The popular writer argued that the fact the woman is the one who brings forth the child into the world, is a valid reason for the child to bear her surname. 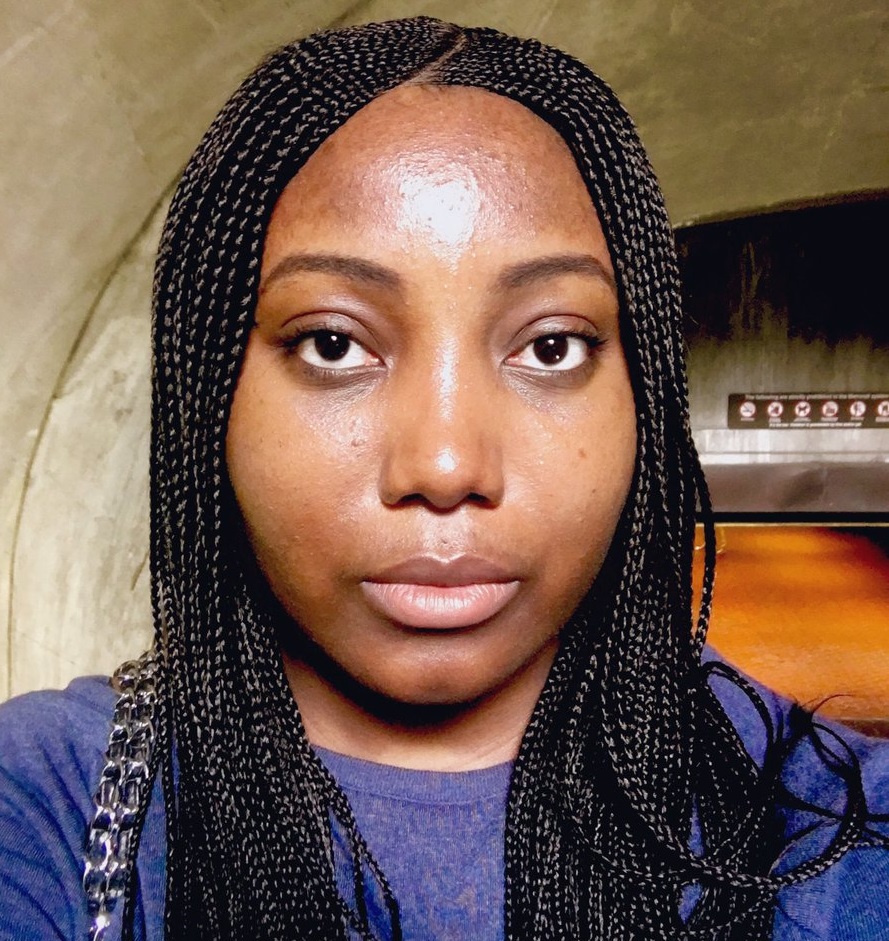 Everyone fights so much about women taking their husband’s name when the real issue is why should the child bear the father’s surname when women are the ones who face death to give birth, and the ones who do majority of all child care worldwide?

A quote from The Story of Yanxi Palace:

When a woman gives birth, one of her feet steps into the gates of Hell.

And it’s actually true. Every woman who gets pregnant knows or should know that there is a distinct chance of her not making it out of the labour room alive. 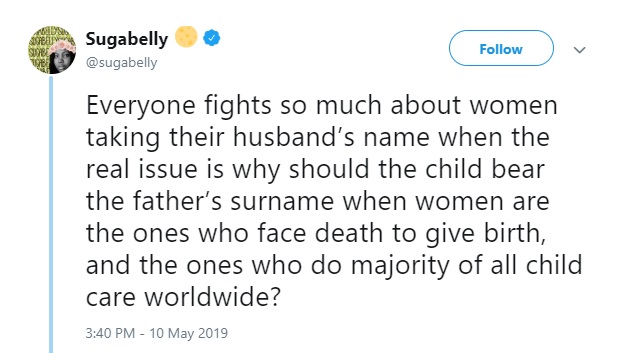