Home Entertainment News “Why I weep whenever I watch my wicked roles in movies” –... 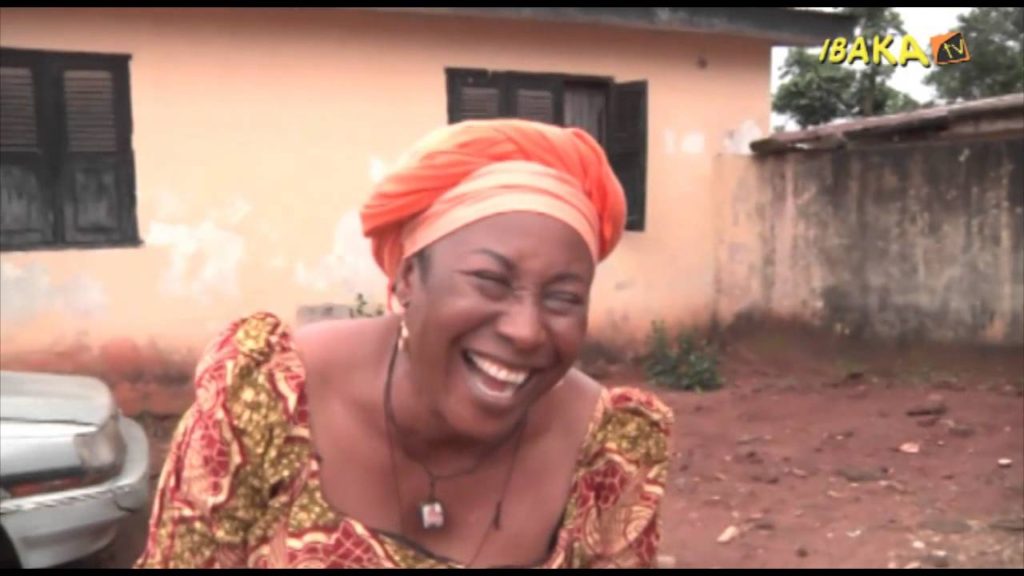 She lived with the grim tale for 15 years before the man passed on in 2002.

About family, career and legacy, the Enugu-born thespian speaks with LANRE ODUKOYA.

Would you say there’s anything in particular that led you into acting?

It just came naturally, you know; it’s not like I was planning to start acting, but I knew that already I was acting. I did a lot of stage acting when I was younger, so you know whatever you like doing, you’ll always find yourself where it is done, isn’t it?

What was your earliest influence in acting?

I was always find myself in the midst of the people who do what I love to do. When I was on radio, I was employed as an announcer, but I was always acting. But I found the radio as a normal job, that if you do something else you will be paid for it.

I enjoyed acting, there were other things I could do, but I preferred acting. Then I started acting in English, Pidgin English and Igbo language.

So, after my normal work as an announcer, I would just go over and do the other one and then get paid. At the end of the month, you thank God for everything, making more money than even your salary.

Men and women of your time said that there were certain jobs that were considered noble; law, medicine, engineering and or accountancy.

Did your parents give you express permission to choose a career in acting?

My parents didn’t have any bad thoughts about what I chose to do because everybody knew I was inclined towards arts. Whenever we were together, it’s a very big family, I try to make everybody laugh, I try to create fun for everybody and you know I also cook.

They couldn’t tell me to go and do medicine when they knew I was not very good in science. My parents felt anything you find yourself doing that is good, then it’s always good to do it well.

What is the size of your family, I know you have a son who owns a record label?

Well, they are all outside the country, apart from my first son. My first son is in Nigeria, he is into politics; my last child is playing football and he is in training currently.

My daughter lives in the UK with her family, the one you said is into music lives in London. He is in London doing his business and combining it with the one he’s doing in Nigeria.

My adopted child is a pastor and the other ones are fine. 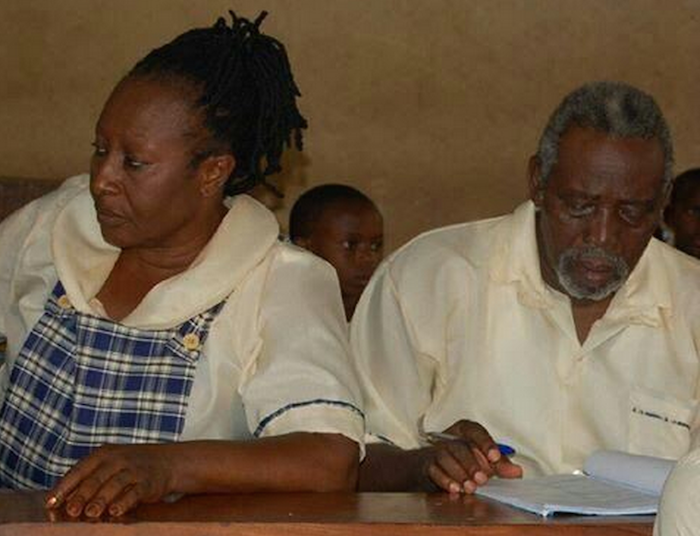 How many adopted kids do you have?

I have four, one died in March, he had blood infection and he couldn’t make it.

You didn’t say anything about your husband…

Oh, he was a mechanical engineer, he was a civil servant in Enugu, he was sick for a long time, for more than 15 years and he died, he passed on in 2002.

Oh, sorry about that. But aside preaching the word of God, what other things are you dedicated to?

So many things, those are the things that as Christians we don’t mention because the bible says that when you let out what you are doing, your reward will be here on earth, but if you leave it for God, he will pay you in Heaven.

There are some things I’m doing here but when I pass on maybe today or tomorrow or next year or even years to come, I want people to remember me for being a peace maker because I hate bickering because the bible says that you should be at peace with your brother.

Don’t end up in court because you don’t even know whether the judge is a Christian or not. So the best thing is try to settle everything with your neighbour. And the bible also says that “blessed are the peacemakers, for they shall be called the sons of God”, at least to make peace between people who are having differences. I also love to help the poor in any way that I can and it’s also in the bible.

I am better than a lot of widows and there is an adage in Igbo that says, if you are able to solve your problems alone you have not really done anything, begin to think of what you are able to do for people.

That way you have affected their lives and it’s not giving them one naira, two naira today, give them food today and tomorrow, you employ them, you help them get something doing.

Those are things I will be remembered for and also in the industry, I try to teach the younger ones. Sometimes when they want to shoot videos and they come on set, and they fidget because they’re working with someone a lot more experienced.

What’s been your experience as a single mother?

I cannot complain because God has been faithful. You know what it means to be married to a man who would later take ill for 15 years? He was in and out of coma and when you get out of coma, there’s no way you would be as strong as you were.

So, I got quite used to doing things alone by the help of Al-mighty God, when my husband was even alive, his health didn’t allow him to do much.

How do you relax when you’re not on set?

I don’t think it’s time for me to rest yet. The only rest that I’m getting is that if I’m not shooting, I’d just be in the house. Fortunately for me, I was not raised believing I have to go to Amaka’s house, Chinelo’s house and so on. I stay at home.

I’m a food person too. I cook a lot. And I watch a lot of my movies, mine and others’. It’s just lately that I slowed down on reading novels. I loved to read novels.

Are there any of your movies you’ve watched that moved you to tears?

You want to know the one that moved me to tears about my characters? There are characters I’d played in movies and after watching them back at home, I just thanked God it wasn’t me- it was a character.

Nearly all the movies where I played wicked roles made me cry because I remember what that character had done to somebody. I do these jobs to the best of my knowledge because I want to sit down at home, watch and cry over what I’m doing to people.

There was a movie I did many years ago, it was titled Prophecy- what moved me to tears in that movie was that I was so wicked that I seized feeding bottle from the mouth of a new-born baby who lost his mother and I was supposed to be taking care of the baby.

The baby was crying, I seized his feeding bottle and threw it away. I wept profusely, the director stopped shooting until I was able to control myself. Then I summoned courage to continue. If someone had done it in real life, I would have exposed the fellow to the world to see.

There was another one where I went to take my sister’s daughter from the village, what I did to the girl, if any human being can do it to a fellow human being, I don’t know what God would do to that person in turn.

I met her in the kitchen, beat her so much that she fell down the stairs, rolled down and died from broken head and pains all over. I’d been playing wicked roles but those two movies are exceptionally horrible. I doubt that any human being would do that to anyone.

Do you have anybody who is your very close friend, the one you can ‘t go a day without talking to?

Like I earlier told you, I’m always on my own. But I have very good friends, it doesn’t mean I can’t go a day or two without them. What if the person doesn’t want to talk to you at a particular point in time? Chinyere Winfred and Ngozi Ezeonu are my very good friends.

I have some who are not superstars but who are my friends too, as I’m in London now, I can call them and ask about what is happening in the industry and they’d just tell me. I have Andy Ike and Uche Nancy who are also my friends, they call me their mother.

When you were a young woman, what kind of spinster were you? Were you a happy-go lucky-girl who had the liberty to wear trousers and socialise like most girls?

I’m from a very strict Christian home. We were not allowed to wear trousers and I was a member of the Christian Union. I did things boys could do because I was naturally a very energetic person.

I could break firewood, and do other things but I wasn’t dressing like boys.