Home Entertainment News Wizkid replies fan who asked him how he felt being in the... 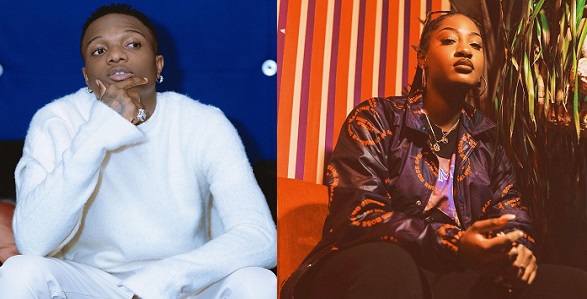 Music Icon, Wizkid has replied a fan who asked him how he felt recording in the studio with fast rising female singer, Tems.

Wizkid had taken to Twitter to request his fans ask him any question they want to get answers to, and an inquisitive fan asked him how he felt being in the studio with the Nigerian alt-R&B singer, Tems.

The Ojuelegba crooner who featured Tems in his recently released album, Made In Lagos. In response described being in the studio with Tems as magical.

In other news, Ayodeji Balogun better known as Wizkid has shared how he was able to work with late Bob Marley‘s son, Damian Marley on his Made In Lagos (MIL) album.

Off Wizkid’s Made In Lagos album, he featured Jamaican DJ, singer, songwriter and record producer, Damian Marley on a track titled “Blessed”.

Talking about his studio session with Damian, the smile crooner disclosed that the Jamaican singer changed his life.

He made this revelation in an interview with London based Capital Xtra FM on Saturday, November 7th.