Home Viral UPDATED: The Record-Breaking Birth Of 10 Babies To A South African Woman... 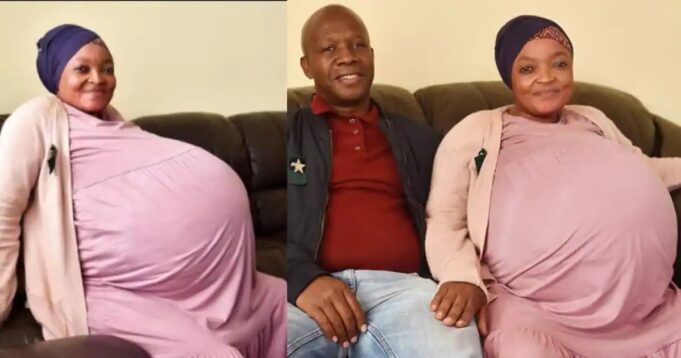 STORY HAS BEEN UPDATED BELOW.

A woman has broken the Guinness World Record after giving birth to 10 babies.

Gosiame Thamara Sithole, 37, gave birth to her decuplets – two more than doctors had earlier detected during the medical scans – at a hospital in Pretoria last night, said her husband Teboho Tsotetsi.

The previous record was held by Malian Halima Cissé who gave birth to nine children in Morocco last month.

He said Sithole, who hails from Tembisa Township in Ekurhuleni, delivered her seven boys and three girls by Caesarean section.

Sithole, who has six-year-old twins, previously told the Pretoria News that her pregnancy was natural as she was not on fertility treatment.

UPDATED FROM LeadStories.com: On June 15, 2021 the Tsotetsi family issued a public statement which said the family has concluded that there are no decuplets born between Tebogo Tsotetsi and Gosiame Sithole.

The complete statement is reproduced in a tweet by Piet Rampedi, the journalist who originally broke the ‘exclusive’ story about the record breaking birth of ten babies on June 8, 2021.

Rampedi also posted video interviews with Sithole from an undisclosed location. Rampedi’s captions translate her words and convey that she responded to the Tsotetsi family statement by denying that she is missing and insisting she delivered ten babies at Steve Biko Academic Hospital. Still there are no publicly released photos of the babies or any hospital confirmation that this took place at their facility.