Home Viral Woman hospitalised and nearly dies after picking up a dollar bill she... 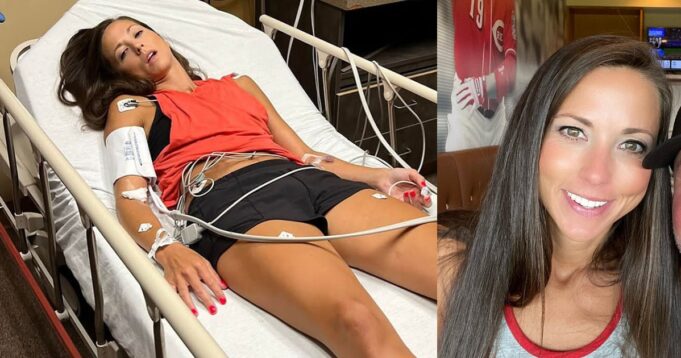 A woman from Kentucky, United States, Renee Parsons, almost lost her life after picking up a dollar bill she found on the ground over the weekend.

The mum of two took to Facebook to recount the horrid incident that took place on Sunday, July 10, while she and her husband with their two children were heading to a conference in Dallas, Texas.

She said they stopped at a McDonald’s in Bellevue, Tennessee, and while there, she spotted a dollar bill on the ground and decided to pick it up.

Within few minutes, her body went numb and she couldn’t talk, move and could barely breathe after which she lost consciousness.

Describing how she felt, Renee said, “It’s almost like a burning sensation, if you will, that starts here at your shoulders, and then it just goes down because it’s almost like it’s numbing your entire body.”

Her husband, Justin, who was scared of losing his wife sprung into action and drove her to a nearby hospital – St. Thomas Ascension Hospital – where medics quickly administered treatment on her.

She eventually regained consciousness and became well after fours hours and was discharged from the hospital.

Meanwhile, there are conflicting reports as to what led to her condition. While the hospital diagnosed her with accidental drug overdose, some opined that the dollar bill was laced with Fentanyl which caused her to suffer an adverse reaction.

Renee who has used her experience as an example, warned people against picking up stray cash from the ground.