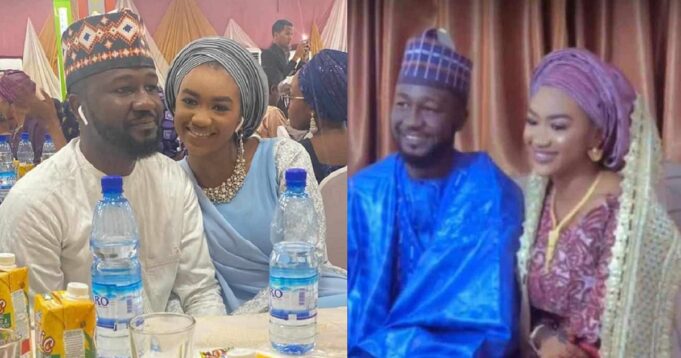 A young Nigerian man, Gidado Abubakar Auta, and his pregnant wife, Amina Ahmad, have died in a fire that gutted their home in Maiduguri, Borno State.

The couple, who were both medical doctors and until their death worked at the University of Maiduguri Teaching Hospital (UMTH), are said to have suffered severe burns in the fire accident in their home three days ago.

The husband, Dr Gidado, died on Tuesday, July 5, while his wife died on Wednesday morning, July 6.

Dr. Gidado Abubakar Auta was a Senior Registrar in Radiology, while the late Amina was a house officer.

Gidado was buried according to Muslim rites on Tuesday, July 5th, 2022. The funeral prayers for the late Dr. Amina will be held by 10 a.m. on Wednesday, opposite the Satus Hotel, Lagos Street, Maiduguri.

Families, friends, and colleagues of the deceased couple have since taken to social media to pen touching tributes to them.

A close friend of the deceased, Isyaku Baba wrote on Facebook,

“It is with grave shock that we recieved the deaths of Dr Amina Ahmad (House Officer) and wife of Late Dr Auta Gidado, both which were lost to fire inferno.
The husband, Late Dr Auta was confirmed dead yesterday while the wife followed her beloved this morning.
The couples worked with the University of Maiduguri Teaching Hospital.

Dr. Gidado Abubakar Auta was a Senior Registrar, Radiology. He was one of the finest Resident Doctor in the Department of Radiology University of Maiduguri Teaching Hospital (UMTH). The wife, Dr Amina died as a pregnant woman. May Allah give the family the fortitude to bear the great yet irreplaceable loss and grant the couples an eternal life in paradise. Say a prayer for this committed couples whilst they rest in peace and share. It could have been either of us.”