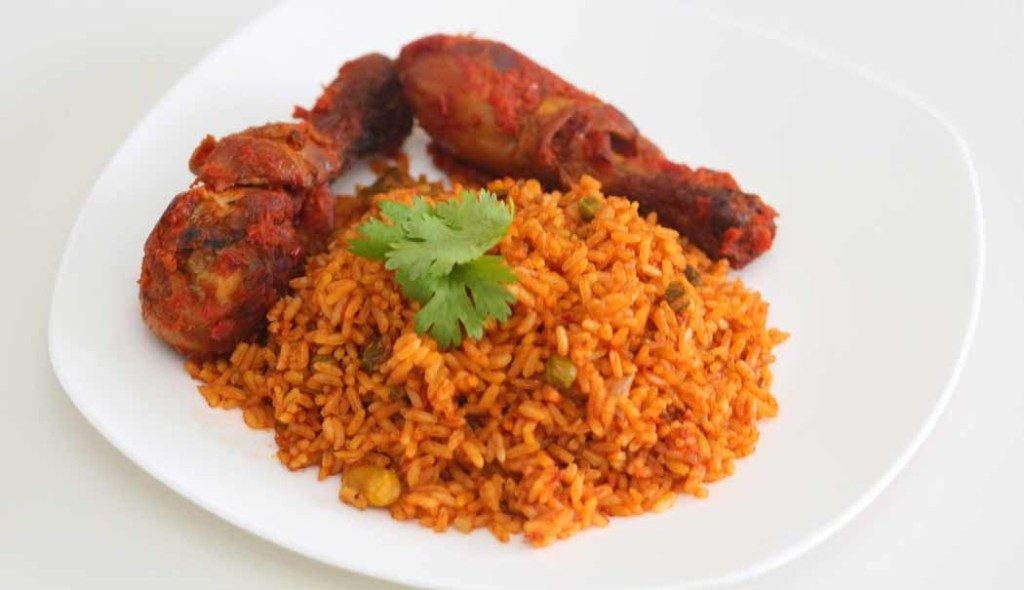 It’s actually amazing how one food is able to fill you up and have you forget your sorrows, at least for the period when you’re eating it.

Jollof rice won’t break your heart neither will it offend you or wrong you so if jollof isn’t your bae, wyd honestly?

Well, if you’re a jollof enthusiast like all of us on OMGVoice are, you’ll probably get these tweets.

1. You, when someone says jollof is overrated

2. Jollof so bad there’s a quote on it to motivate you

Don't act like white rice when you have the capacity to be jollof rice. Get your spicy on!

4. Only jollof can please everybody. Only

5. How do you even throw a party without jollof?

Party with out jollof rice is a meeting.

Jollof rice is the Beyoncé of the rice game.

8. Just in case you ever wrong a jollof addict

The way to my heart is big bowl of Jollof rice

Soon as I get home, I need jollof rice. Emphasis on nee ee eeeeeed rihanna style.

I don't know what kind of heart break someone will be going through that will make him or her reject Jollof rice.

11. That smell that brings us all to the kitchen

when i smell that sweet Jollof Rice from the kitchen pic.twitter.com/c4sH2dWbH1

when your guy begs you for one spoon of your jollof rice and he takes two spoons plus dodo. pic.twitter.com/NVIrlpEoQf

13. Cannot stress how true this is.

When you get to a party & they start serving Jollof rice five minutes later pic.twitter.com/aEm9qFjwPw

15. Since we all want to be childish and petty

If I come to your wedding and the Jollof Rice finishes I am taking back my gift, we can both be petty.

16. And this hilarious one

When you get a job in a new city & you realize their restaurants don't have Jollof rice. . . pic.twitter.com/IOzQEOSODR

17. Honestly, it’s either jollof rice or jollof. Nothing like JRice

Jollof Rice must always be called Jollof Rice. Stop this JRice thing. Have some Respek

When they serve you Semo at a party and the waiter walks by with Jollof rice. pic.twitter.com/ACYSdMH691