Esther Oyema has broken a record in the ongoing 2018 Commonwealth games.

The record was broken in the women’s light power lifting category.

The ladies in the event were way on a different level as they challenged each other for gold.

In the end it took a World Record from Esther Oyema to separate them both as Lucy Ejike settled for Silver.

The GOLD rush continued for Nigeria in the Para Powerlifting event on Tuesday as Ndidi Nwosu, dominated the women’s Heavyweight category at the ongoing Commonwealth Games in Gold Coast, winning the country’s 3rd GOLD medal of the competition.

Team Nigeria also bagged a third GOLD medal in a space of 3hrs as Ndidi Nwosu clinched GOLD in women’s Heavyweight with a lift of 120kg. 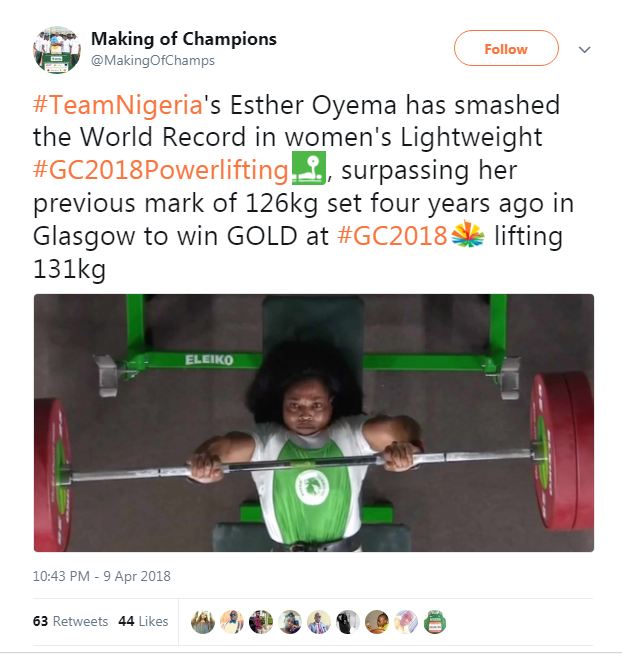