Home News 22-year-old lady who drowned her one-year-old baby in Lagos speaks on why...

Oluwafunmilola Adisa, the 22-year-old lady who drowned her one-year-old daughter, Oluwanifemi, has given reasons for her action. 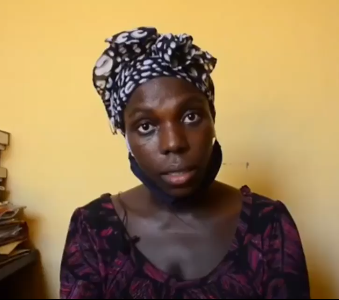 Adisa, who lived with her older sister in Gowon estate in Lagos, reported herself to the police on May 11 after she drowned her own child.

In a video interview with Punch, Adisa gave a vivid description of how she drowned the little girl.

Oluwafunmilola Adisa, 22, who drowned her one-year-old daughter, Oluwanifemi and turned herself into the police has revealed why she took the action. . Her reasons range from shame at her single-motherhood status to its effects on her education and the fact that the father of her child played no role in her life. . She, however, said she was prepared to face the consequences of her actions. —- Follow us for breaking news and videos. —- #Lagos #mother #daughter #drowning #singlemother #police #punchnewspapers