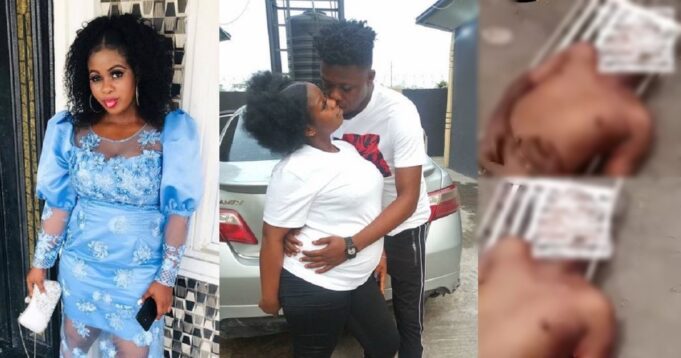 A 22-year-old woman, identified as Faith Okiemute, has allegedly hacked her husband to death over alleged infidelity in Delta state.

The incident occurred at Ekrejebor axis of Ughelli town in Ughelli North LGA on Monday, March 15.

According to reports, the pregnant woman allegedly murdered her husband, Edafe Unuakpor (27), with a machete.

It was gathered that after she allegedly killed her husband, she fled the crime scene to the Ughelli ‘A’ Division Police Station to escape jungle justice.

“The woman was angry that her husband did not spend the night at home. After his return, she accused him of having been with another woman and macheted him in one of his hands and abdomen.

The incident was confirmed by the State’s Police acting spokesman, DSP Bright Edafe, who revealed that investigation is ongoing.

It was gathered that the couple has a 2-year-old child child together while the woman has two children from her previous marriage.

See photos of the deceased below,