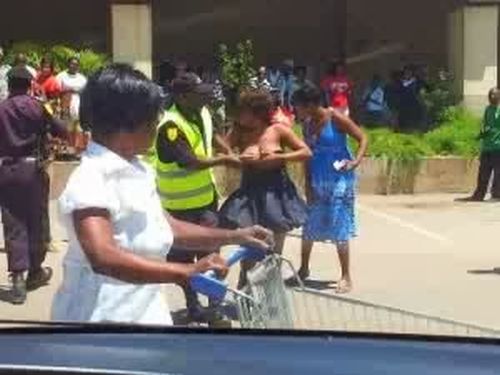 The authorities of the University of Ilorin reportedly prevented 35 candidates, mostly female from taking part in the post- UTME screening over indecent dressing.

It was gathered that the candidates had assembled at the centre designated for the computer based (CBT) test at the permanent site of the University when officials in charge of the test turned them back on account of their dressing considered not decent enough.

The authorities of the University, had in an advertorial before the commencement of the test, set guidelines for prospective candidates, one of which compels candidates to dress decently to the examination venue.

It was learnt that the pleas by the candidates were turned down in line with the varsity’s zero tolerance for indecent dressing and other anti-social conducts.

With the development, the affected candidates may have automatically forfeited their chances of writing the crucial examination, which allows them admittance into the University.

When contacted, Deputy Director of Corporate Affairs of the University, Mr. Kunle Akogun, said he was not aware of the development, but added that “it is possible”, because of the war against indecent dressing on the campus.

Meanwhile, the bus terminus on the University campus was filled with passengers, mostly post- UTME candidates scrambling to board few taxi-cabs that were on ground.

It was gathered that the commercial drivers shuttling between Unilorin Main Campus and Tanke Tipper Garage, took advantage of the moment to exploit the candidates.