You can lie a little if you want to.

Meredith Goldstein, the relationship columnist over at the Boston Globe, received a letter from a guy (whom we shall refer to as “Guy”) caught up in a lie-induced love pickle.

The lie — that Guy was a rock star who just signed a major record deal and was about to go on tour — wasn’t one that he made up; the acquaintance who introduced him to the girl/lie victim chose to stretch the truth.

Here’s where the pickle comes in. Guy finds the girl attractive, seduces her the first night he meets her and has a grand old time.

He likes the girl so much that he continues dating her, but after many dates he still doesn’t explain that he’s just a wannabe musician living in the suburbs rather than an up-and-coming rock star.

Meredith suggests that Guy try telling the girl the truth, but try doing it in a charming way (“Write a song. Play it for her. Then beg.”). If all goes according to plan, afterward, “She should run. Fast.” After all, as Meredith sees it, what he’s done is “manipulative and creepy.”

True, Meredith. Guy is creepy. What he’s done is manipulative and we certainly wouldn’t want the same thing done to us. But while we can’t condone his behavior, we also can’t help but wonder: Are there any lies that actually are OK to tell on a first date?

We’ve thought about it and decided that, yes, there are. Below are our top five acceptable first date lies.

1. “You were the first person I noticed at so-and-so’s party.”

We know it wouldn’t be nearly as romantic to say, “I noticed your friend Tom first and he was really hot, but then you started talking to me and I realized you were cute, too.”

Continue Reading in the next series of Pages.. 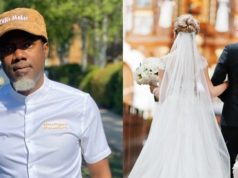 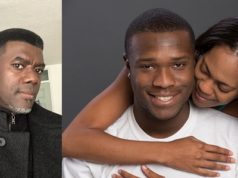