Eight people were burnt to death in a lone accident on the Lagos-Ibadan expressway on Saturday, September 19. 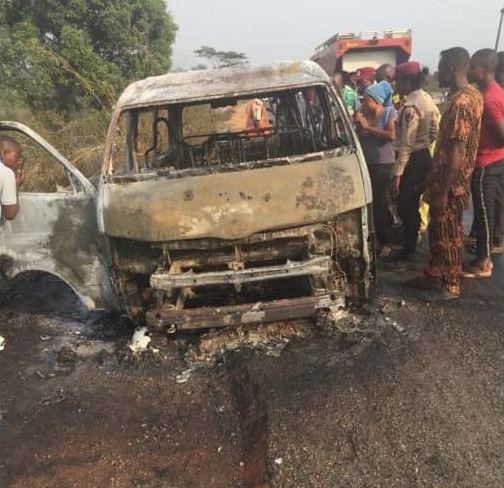 The accident involving a Mazda bus, occurred around 8.45pm at Saapade Bridge by Straight Gate College on Lagos-Ibadan expressway.

According to the Ogun State Sector Commander of the Federal Road Safety Corps (FRSC) Ahmed Umar, the accident was caused by burst tyre, which led to the bus somersaulting and eventually went up in flames.

Ahmed said, “The suspected cause of the lone accident involving the Mazda bus marked AAA 249 VX was burst tyre, which led to loss of control and then crashed”.

11 persons were involved in the accident, including three males, one female, a child and six unidentified persons.

8 persons were reported to have died in the accident and were taken to the Health Department of Remo North Local Government, while the remaining 3 injured victims were taken to Idera Hospital, Sagamu, for medical attention. 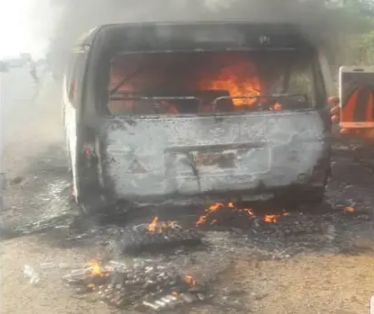