Not more than a year ago, media personality, Andre Blaze, who is one of the hosts of Men’s Corner on Ebony Life TV, was accused of sexual assault by a woman named Olutimehin Adegbeye. 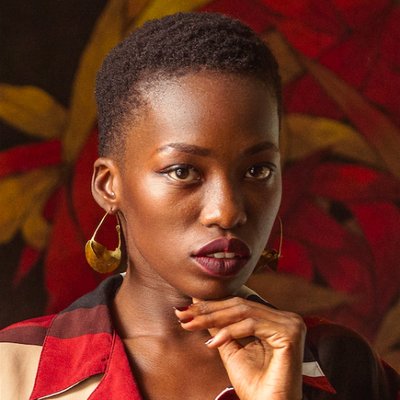 Olutimehin had at the time, taken to her social media page to allege that Pretty Mike raped her in Lagos when she was only 16 years old. Then, two years after, Andre Blaze sexually assaulted her.

In a series of new tweets, Olutimehin has once again come out to call out Ebony Life TV, BBC and organizers of Big Brother Naija saying they all ‘enabled’ sexual assault by doing nothing to her allegations. 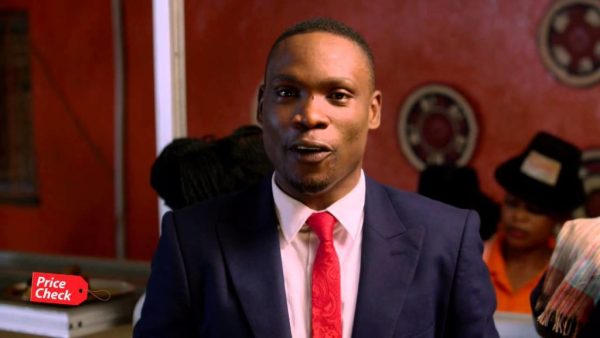 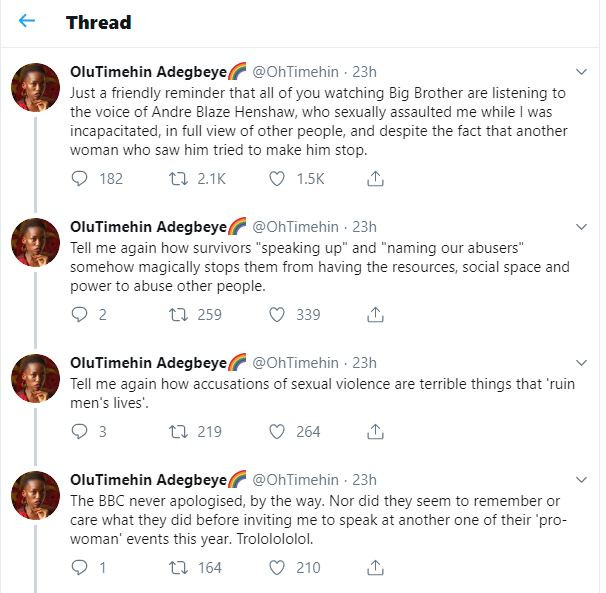 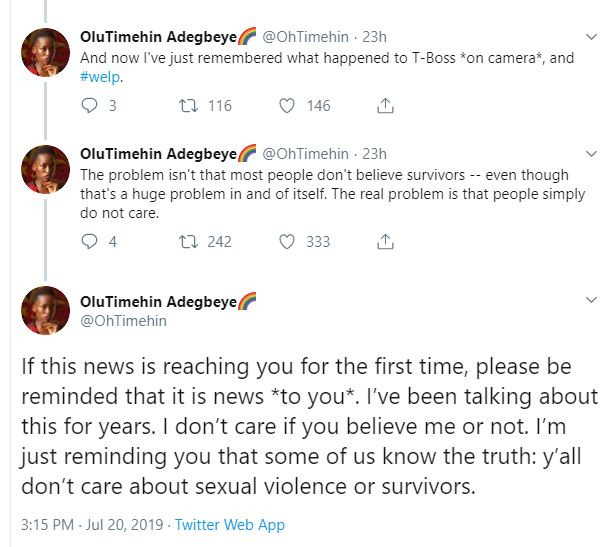 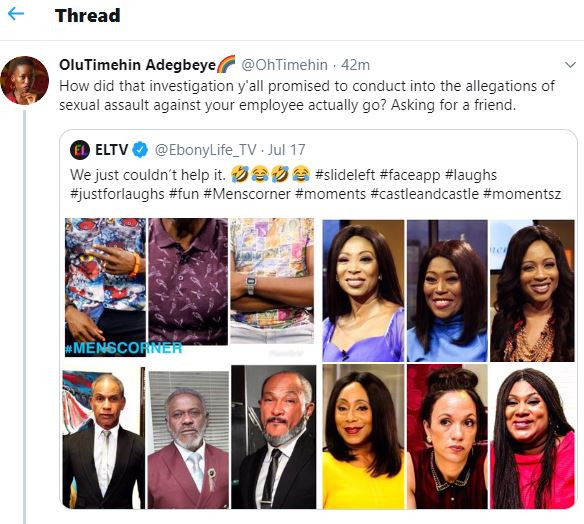 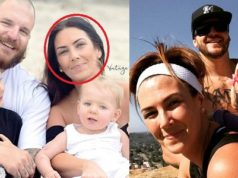 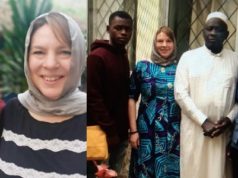 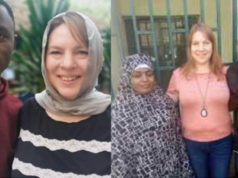 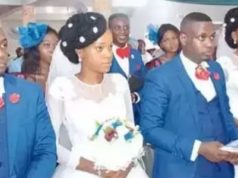 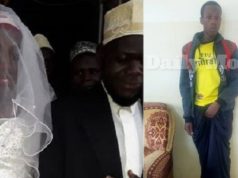 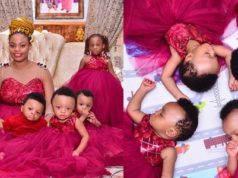 Nigerian mum with a set of quadruplets, celebrates their first birthday with beautiful photos