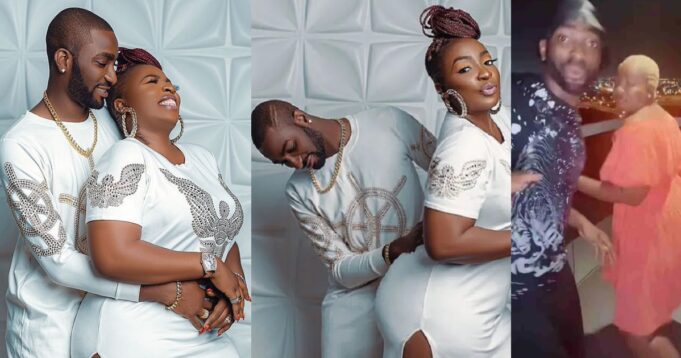 Nollywood actress, Anita Joseph and her husband, MC Fish, have for the umpteenth time addressed those saying their marriage won’t last.

Anita Joseph and her husband marked their second wedding anniversary in February. However, social media trolls have severally made unflattering remarks about their union.

The couple, who have repeatedly come under fire for sharing their intimate moments online, in a recent post, sent a message to naysayers.

Sharing a video of them happily dancing, seemingly mocking those who believe their union will not work, they captioned it, “Our response to people that say our marriage won’t last. Shallom. “

Meanwhile, Anita Joseph has advised single ladies to be spiritually alert when looking for a life partner.

The actress stated this in agreement to a post by one Sandynnah who said when ladies stop using wealth and luxurious lifestyles as the criteria for choosing a husband, they will be able to see the true potential of their suitors.

The post reads, “Dear single girl! When you remove cubana money, luxuriously furnished houses, machines in the driveway as your priority for husband material, your eyes will open to the potentials of husbands knocking on your door”

In reaction to this, Anita Joseph said most ladies are blockheads and would still use material things to pick a life partner.

According to her, this shouldn’t be because choosing a partner goes beyond the physical and ladies need to activate their spiritual antenna when looking for a spouse.