Home Viral American woman announces search for a Nigerian husband to join her in... 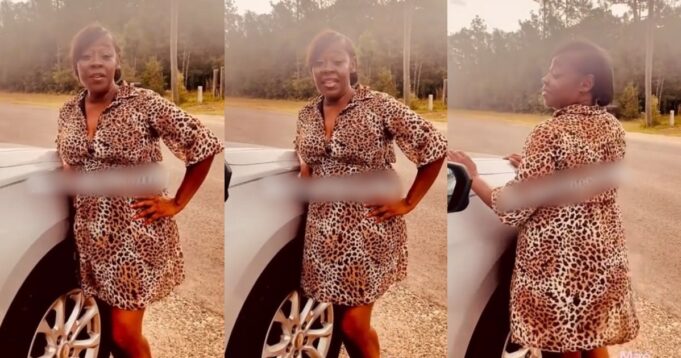 A black-American woman has on her social media page announced that she’s looking for a Nigerian husband to join her in the US.

The woman who spoke in a video circulating online said she’s in search of a husband, specifically a Nigerian, to bring over to the US to spend the rest of their lives together.

According to her, she is well placed in the society, has a good job and owns a house in the U.S so she’s capable of sponsoring the man’s trip.

The young woman who pointed out that she’s heavily endowed in the back region, told interested Nigerian men to contact her.

The video has garnered massive reactions from Nigerian men who have expressed interest in being the lucky man to be chosen by the American woman.

Meanwhile, her identity is still unknown but her TikTok handle is @Rundayfrom.

Watch the trending video below,

In other news, two ladies were posed with the question of preference between a Yahoo boy and a working class man and the response they gave comes as a surprise to many given the fact that they weren’t even trying to hide their choice of an internet fraudster.

A content creator asked the ladies which they would choose between a Yahoo boy and Working class man and after they chose the former, they were asked what their reason was for choosing an internet fraudster.

One of the ladies is heard responding in Yoruba, saying “Aye je dun iya lo” which loosely means “it’s better to enjoy life than to suffer” — the lady went on to say that dating a Yahoo boy means being spoiled more than a working class guy. Read here