Home Entertainment News Actress, Lizzy Gold reveals one of the reasons why Nollywood actors are... 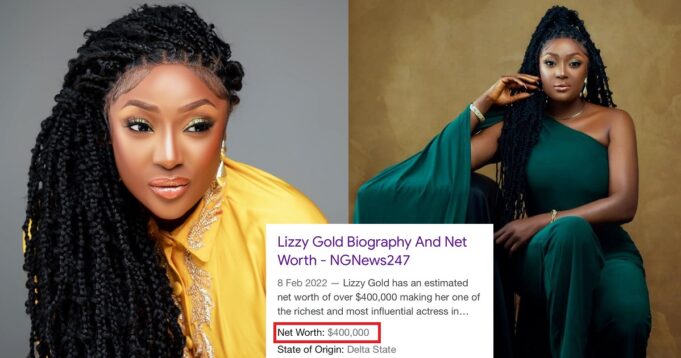 Popular Nollywood actress, Lizzy Gold has revealed one of the reasons why Nollywood actors are being abducted by kidnappers.

Her post comes after two veteran actors, Clemson Cornel and Cynthia Okereke, were abducted while filming in Enugu over the weekend.

They were reported missing by their family members after they didn’t return home from a movie location at Ozalla Town, Enugu State.

Meanwhile, the kidnappers have made contact with the families and are now demanding for the sum of $100,000 to secure their release.

Following the incident, Lizzy took to her Instagram page to assert that Nollywood actors have become the target of kidnappers because they believe actors are rich due to the purported net worth of Nollywood stars published on the internet.

She shared a screenshot of her biography published online where it was claimed that she’s worth $400,000 (over N160 million), and said those kind of posts gives kidnappers the notion that actors are wealthy.

“This is one of the reasons actors are been kidnapped ..they think we are so rich …I need to arrest the person behind this lies…