Home Entertainment News After 8 years of waiting, 14 IVFs and multiple miscarriages, son of... 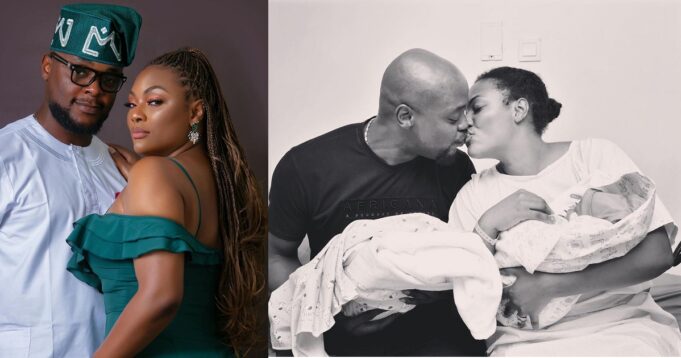 Juwon, son of the late former Governor of Oyo state, Christopher Alao-Akala, and his wife, Hadiza, have welcomed a set of twins, a boy, and a girl, after eight years of waiting.

Juwon and Hadiza, tied the Nuptial knot in 2014 and after several tries and multiple miscarriages, can now be called parents as they welcomed their bundles of Joy.

Hadiza announced the good news on her social media page and she revealed they had 14 IVFs and several miscarriages before they finally welcomed their babies.

”It’s time to tell my story.

…..It started in November 2014
Innocent naive and very hopeful,
Little did I know what was in front of me.

God all I can say is thank you
After 14 IVFs, multiple miscarriages including 24 weekers boy/girl twins and 17 weekers identical triplet girls.
Today I celebrate the birth of my full-term babies
Look at God.

I have a story, l’Il tell you in detail soon.”