Home Viral “It is a sin to mock people” – Apostle Suleman clarifies after... 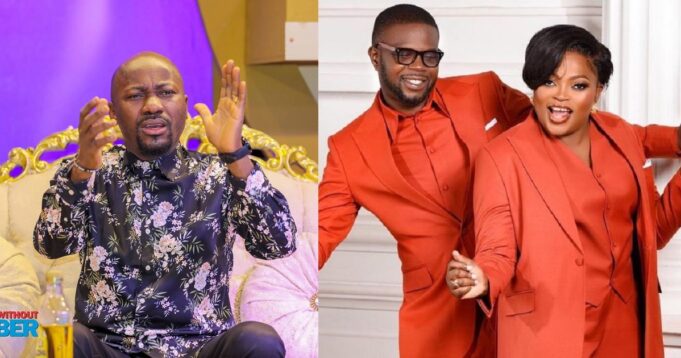 Apostle Suleman has taken to his social media page to make a clarification after he was accused of throwing shade at Funke Akindele and JJC Skillz.

The Senior Pastor of Omega Fire Ministries, Apostle Johnson Suleman, has a strong message for couples who are quick to run to social media when their relationship or marriage goes south.

Taking to his official Twitter page on Thursday morning, June 30, the controversial clergyman told them to stop disturbing netizens with their issues and break up stories.

“Stop disturbing us with break-up stories..
When they bought you shawarma, did you give us?

Have a great day!” he wrote.

Someone Just Called My Attention To The ‘Break Up’ Tweet..
It Has Nothing To Do With Anyone Pls…i Tweet Random Tweets, Parables, Jokes And Comments PRAYERS..
It Must Have Been A Coincidence..It’s A Sin To Mock People..
Disregard Any Insinuations..It Was A Joke And Nothing Else!