Home Entertainment News In Yorubaland, it is a taboo for a man to sleep in... 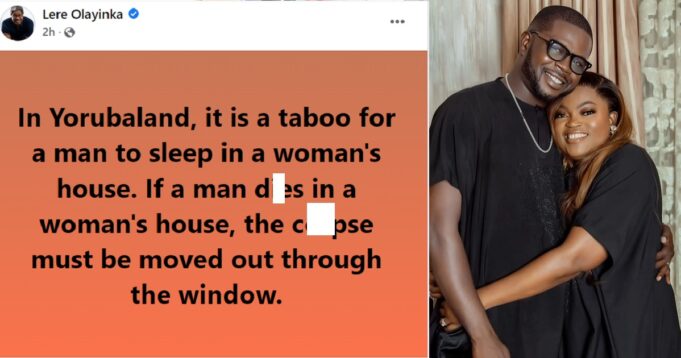 Lere Olayinka, an ex-aide to former Governor of Ekiti state, Ayodele Fayose, has given his two cents over reports of actress Funke Akindele and her husband, JJC Skillz, separation.

He stated that he had to move out of their home three months ago after Akindekle insisted he did, and had not been able to have a sit down with her since the Africa Magic Viewer’s Choice Awards on May 14.

“Months ago and at Funke’s insistence, I moved out of the house and apart from AMVCA have not been able to get Funke to sit down in an amicable manner to discuss the future of our relationship,” JJC wrote.