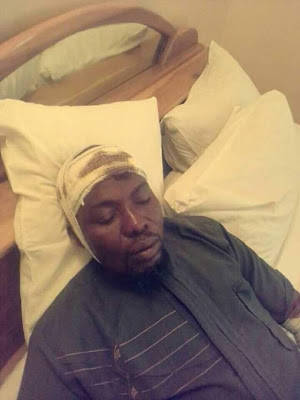 The lawmaker representing Igala Mela-Odolu constituency, Friday Sanni Makama, was stripped and beaten up by armed thugs who invaded the Kogi State House of Assembly on Tuesday.

The hoodlums armed with dangerous weapons forced their way into the chamber just as the House was settling and began pelting the lawmakers with stones, an eyewitness said.

Some of the thugs pounced on Makama, beat him black and blue and dragged him out from the Assembly complex after stripping him half naked.

It was also gathered that the thugs beat up everybody in sight, vandalised vehicles while the police reportedly looked the other way. 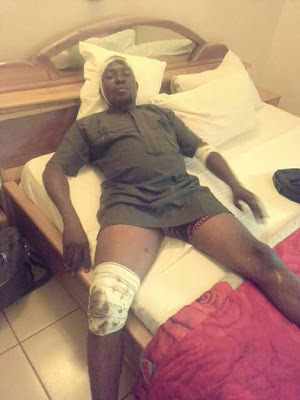 One version said the crisis was caused by some members who were bent on disallowing Makama from resuming after a court quashed the six-month suspension handed him by the House.

Makama was reportedly suspended for dragging the Assembly to court over leadership crisis, but a Lokoja High Court recently gave an order reinstating him.

However, another source said the crisis was hatched and executed to prevent the House from sacking the Majority Leader, Matthew Kolawole, who is said to be a staunch supporter of Governor Yahaya Bello and to stall debate on the Paris Club refund.

The source said the Commissioners of Justice and Finance, Mohammed Ibrahim and Idris Asiwaju respectively, were slated to appear to explain how the state government expended the bailout funds and the two tranchees of the Paris-Club loan refunds received from the Federal Government.

“Governor Yahaya Bello and the Commissioner of Police stormed the complex with some officers and thugs invited by one Hon. Bello who represents Ajaokuta State constituency to lock up the premises in order to prevent plenary from holding.

“Also, the governor has paid some arrears owed workers and pensioners in the state with the funds received from the Federal Government. However, the House had planned, today, to hear from the Commissioners of Justice and Finance how the funds were expended by the state before this incident happened.”

Reacting on the invasion, opposition youth leader in the state, Austin Okai, described the action of the governor and the police commissioner as a plot to truncate democracy in the state and institutionalise autocracy “wherein the legislature is suspended from carrying out its constitutional responsibilities.”

He said it was unheard of anywhere in the world for members of the Executive to physically storm a legislative complex with security operatives to prevent legislators from doing their job.

“It is impunity in its highest form and must be stopped before it leads to an oppressive regime,” .

The Speaker, Umar Imam, describing the invasion as unfortunate and a threat to democracy.

He blamed the police for not acting while the mayhem lasted, saying the assurances of the Commissioner of Police, Mr. Wilson Inalegwu who was “physically” present at the Assembly Complex did not yield any result as the hoodlums had a field day.