24 minutes into the game, Oxlade Chamberlain of Arsenal FC put his ahead of the game by a goal which apparently later made the team victorious at the 2015 Community Shield. 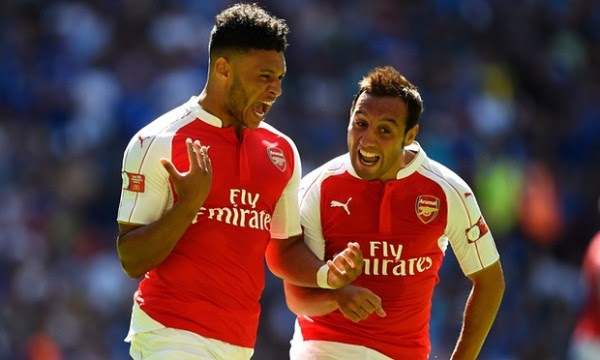 The first half goal has given Arsene Wenger his first win against Chelsea’s Jose Mourinho.

The Community Shield which is a champion’s cup between the winners of the Premiere league and the FA Cup champions see Arsenal winning its first major game against Chelsea in almost a decade.