The 24-year-old footballer spent the second half of the 2018-19 season on loan with Barcelona Ladies from Dalian Quanjian. The Nigeria international scored eight goals in 11 games in all competitions for the Blaugrana.

She also scored the only goal in Barcelona Ladies’ 4-1 defeat to Olympic Lyon in the UEFA Women’s Champions League final in Budapest this month. 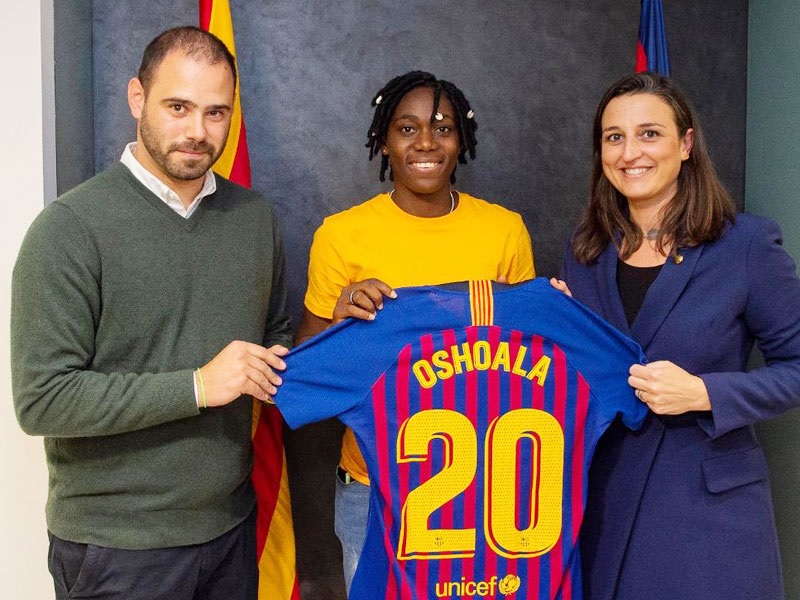 The forward won the Chinese Women’s Super League title with Dalian Quanjian in 2017. Oshoala was also part of the Arsenal Ladies side that won the the English FA Cup crown in the 2015/2016 season.

On the international scene, she has won three Women’s Africa Cup of Nations Cup with the Super Falcons. The former Rivers Angels star is expected to feature for Nigeria at the next month’s FIFA Women’s World Cup in France.