There was almost a heated moment during last night’s Saturday party as there was a confrontation by Ike to Omashola after the latter, like a Jamaican rude boy rocked curvy housemate, Mercy. 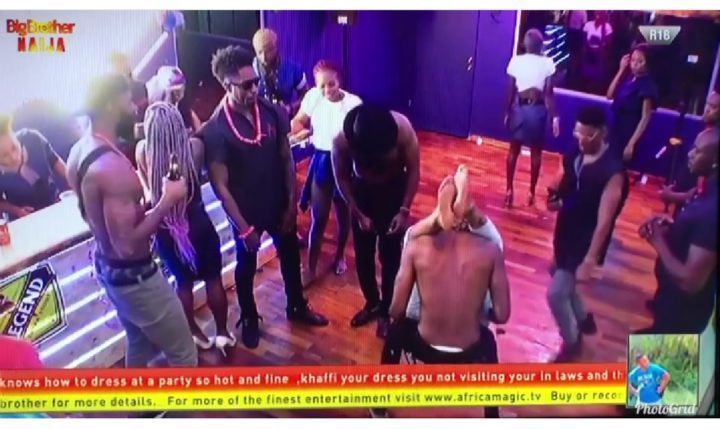 As can be seen in the video below, a shirtless Omashola picks up Mercy and grinds her in such an aggressive manner, while in front of her love interest, Ike. Unable to take more of his babe rocking the shirtless guy, Ike then confronts Omashola and there was almost a fight.

He was then interrupted by a shirtless Frodd and in a few seconds, the party went on… Watch the video below,