Big Brother Naija: Pepper Dem housemate, Mercy has been receiving quite a number of backlash from fans of disqualified housemate, Tacha since she was sent out of the Pepper Dem House after they got involved in a full blown fight and Mercy wasn’t. 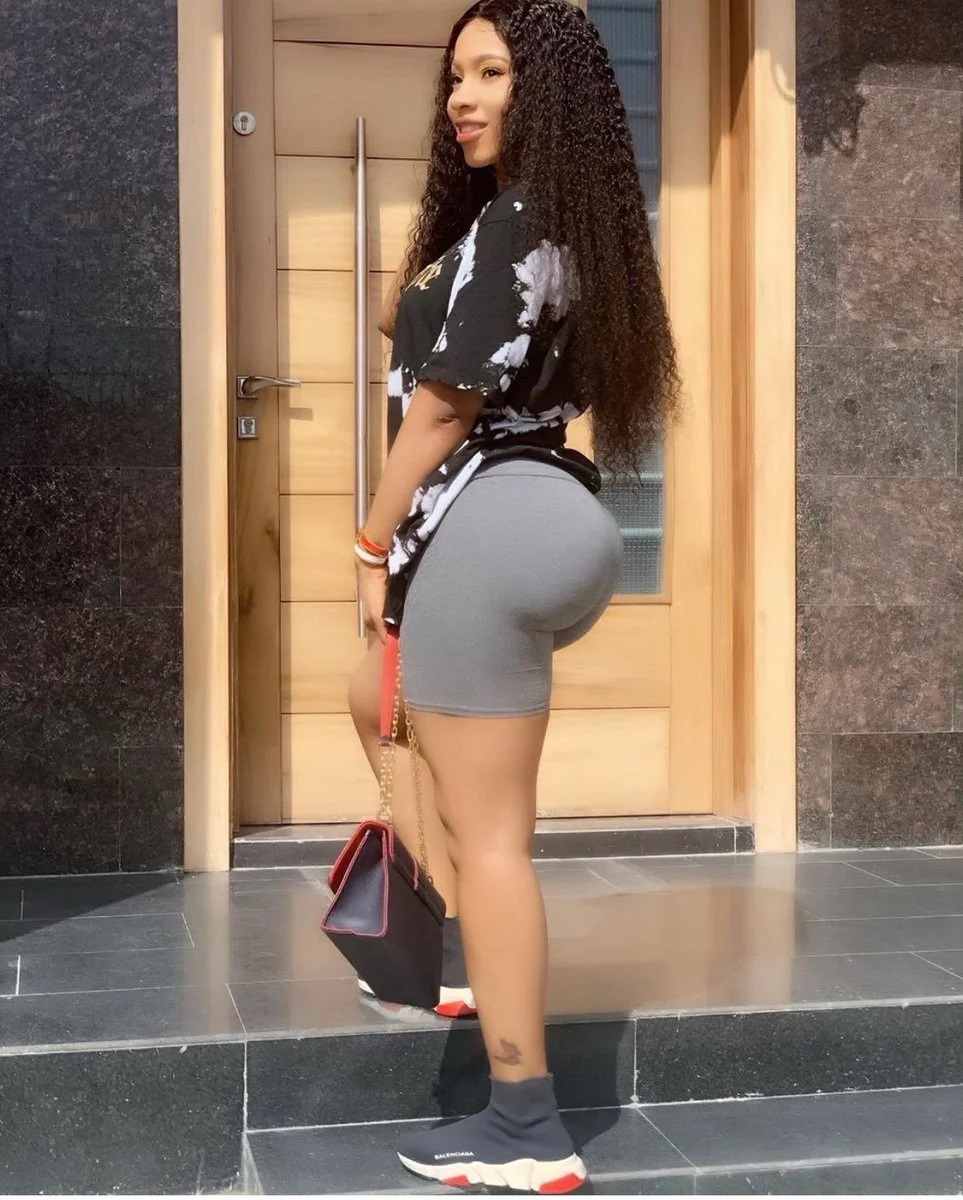 One of Instagram socialite’s fans has now taken the backlash to a whole new level as she lays curses on Mercy who is currently one of the top 5 housemates in the show.

The fan took to her social media page to lay serious curses on Mercy writing,

Messy. Yesterday was the start of your cry. I declare and decree that everything u do in life will turn into a cry of pain. I pray that yr kids will be as fake as you in future.

I pray that yr silicone ass pops 1 day. May you carry the burden of your negative works. IJN 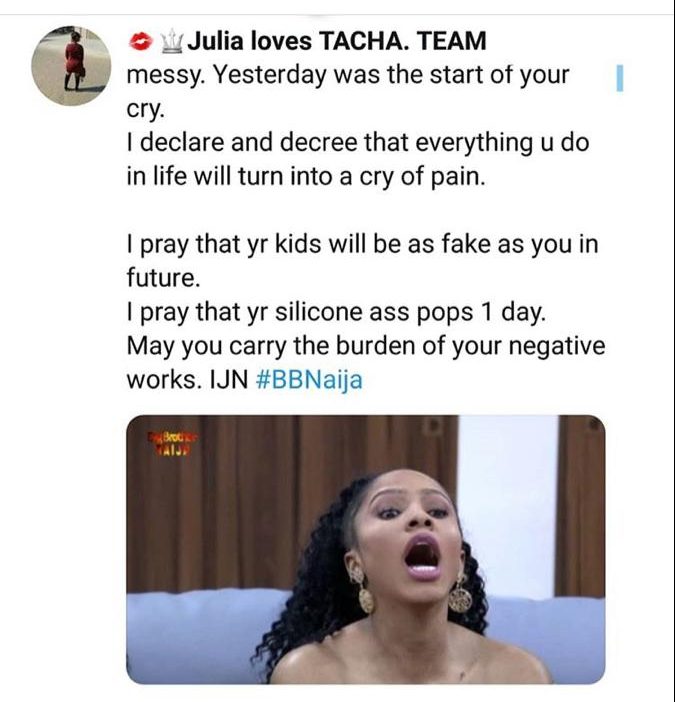 The rivalry and hate between Mercy’s fans and Tacha’s fans have been long standing. It got worse when the two had a fight in the house that led to Mercy asking Tacha to go take care of herself because she has body odour and she smells.