Home BBNaija 2018 #BBNaija: Did Teddy A Have Sex With Bam Bam On Her Period?

So a speculation currently going viral online, suggests that housemate, Teddy A just might have had sex with Bam Bam while she was on her period.

Right after their restroom rendezvous, Bam Bam was seen, speculatively sliding a tampon inside her – this begs the question whether or not she was on her period when she got down with Teddy A.

Some are saying though, that it’s just a facade for fans to dispose of the fact that she may have gotten down with Teddy A… fans of the show, mostly females, are not buying it and her calling it deception.

See some reactions below: 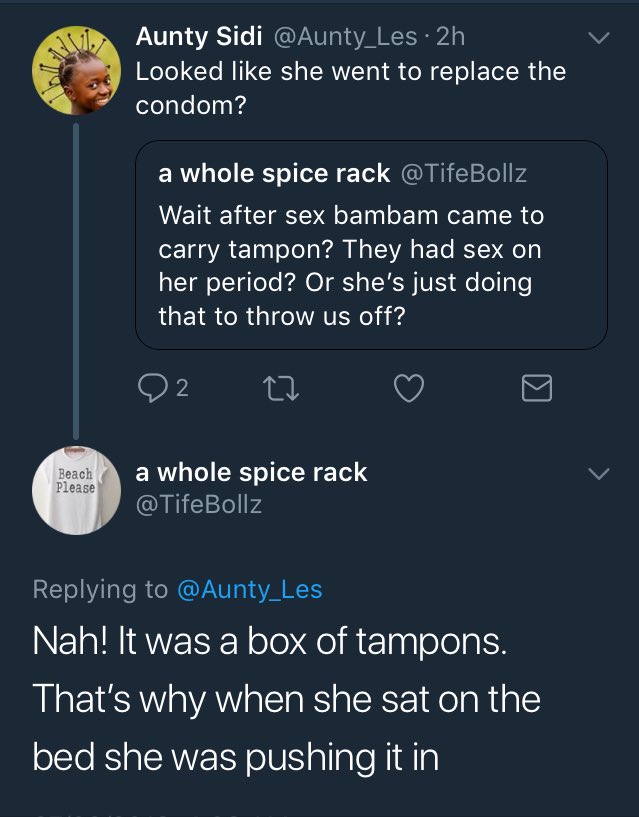 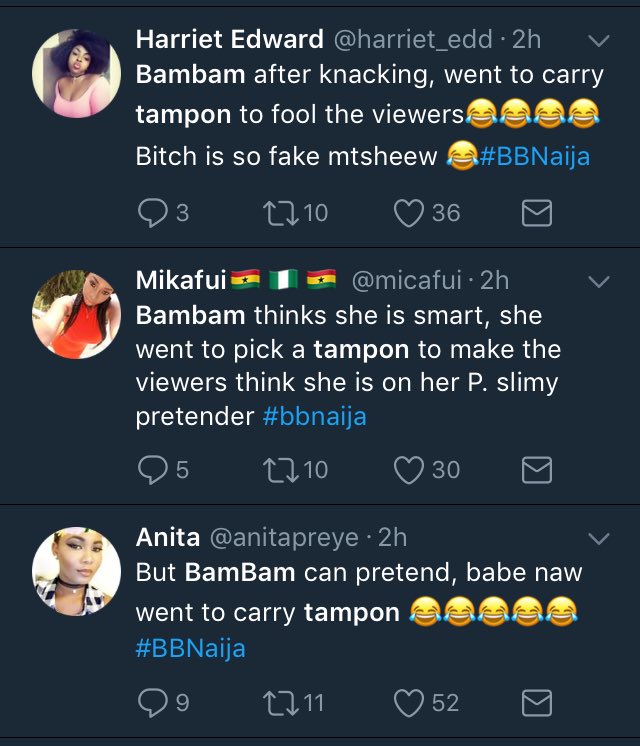 “I have never raped anybody in my life” – Comedian Oluwadolarz reacts as lady...