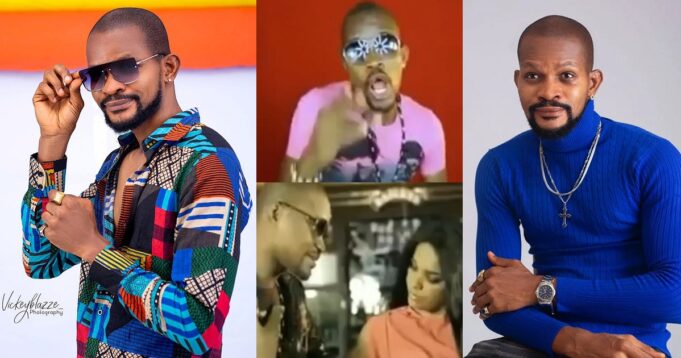 Nollywood actor, Uche Maduagwu, has shockingly revealed that he was once a musician and shared a music video he recorded years back as proof.

The actor who is known for his controversial take on trending issues, disclosed that he quit music in 2012 to start a business venture abroad.

In the video he shared titled ‘Ping Me’, Uche is seen trying to woo a beautiful lady and urging her to ping him on her BlackBerry.

The song was released at a time when Blackberry was the trending phone in Nigeria and had a special feature called ‘Blackberry messenger’.

Uche shared the video on his Instagram page and wrote,

“My biggest regret was leaving music in 2012 to pursue business abroad.

“Today, I am the most talked about actor in Africa but music still dey my body.”

On Tuesday, July 5, the controversial actor announced that he was born gay and will forever be gay — he then condemned the death sentence given to a man in Bauchi for being gay.

He went back on his Instagram, to claim that following his announcement, he was arrested for his post but has been freed.