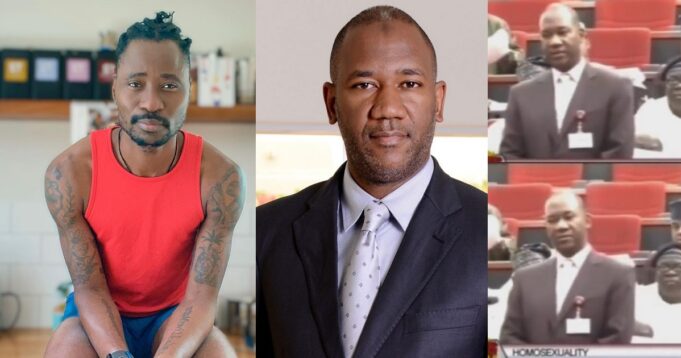 Nigerian gay rights activist, Bisi Alimi has shared a throwback video of the Vice Presidential Candidate of Labour Party, Yusuf Datti Baba-Ahmed, calling for the killing of members of the LGBTQ community.

The former Senator made this call in 2014 when the anti-gay bill was being deliberated on in the House of Representative.

He spoke in favour of the bill that was passed by President Goodluck Jonathan’s administration in January 2014.

At the time, he said “such elements” referring to LGBTQ members should be “killed” for being gay.

Following the announcement of him being the running mate of Labour Party’s Presidential Candidate, Peter Obi, netizens have dug up a video of him making the call against homosexuals back in 2014.

Reacting to the video, Bisi Alimi, a popular gay rights activist, took to Twitter to call on Labour Party to address the controversial statement.

“This is the potential Vice President of Nigeria, he is in record here advocating that “such elements should be killed”, the elements he mentioned in the video are LGBTQI people. We need to talk about this.

Here is the statement! One thing is to have ideological difference and express that, another is to call for the killing of fellow humans. I am giving the @PeterObi and @NgLabour the chance to make a statement on this… not that we will ever get any.”