An explosion suspected to be caused by bomb blast has hit the Jimeta Divisional Police Headquarters in Yola, Adamawa, eyewitnesses are saying. 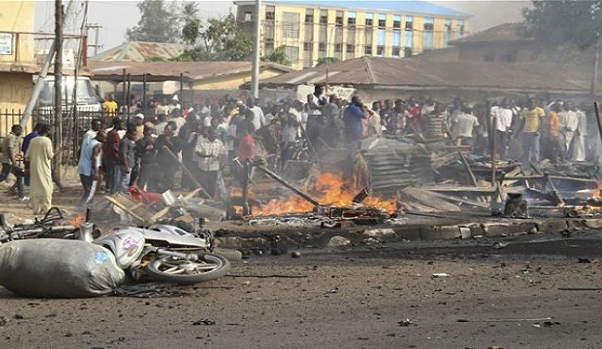 According to reports, the explosion went off at about 11.44 am on Thursday. Witnesses say the impact of the explosion was so powerful that the glass windows of surround building were shattered.

The number of casualties in the blast not known but the National Emergency Management Agency says its officials are already heading towards the site to provide help.

A bomb blast has just been reported in Jemaita Yola, Adamawa state.Our officers are on their way to the scene.. Details later!#nemanigeria

A later clarification from the same source however indicates that the explosion might not have been due to terrorist activity.

The explosion in Adamawa today might have been caused by an anccident in handling explosive rather than terrorism: https://t.co/9kGgYC2fDO

Actor, Williams Uchemba thanks God for saving his life after falling ill for 2...