On Monday, 8th of June, 2020, reports circulated widely that Nigerian singer, Davido welcomed a 4th child with the fourth woman — this alleged new development left a lot of people “disappointed” and surprised because of the singer’s relationship with Chioma, his fiancee.

The report came on Monday morning that the singer’s alleged latest baby mama is one Lasrissa Yasmin Lorenco who welcomed a son for him in March of 2020.

The Afropop singer, who already has three children with three different women, allegedly blocked the lady and denied the baby.

Davido and his fiancee, Chioma are currently trending on social media and Twitter users are giving their takes on the turnout of events.

Some slammed Davido while some slammed Chioma for staying despite what.

B4 chioma, Mama imade was there,if she thought that she's gonna be the only one,she's dreaming..

The broom wey dem use whip Mama imade still dey back of door.

I hope this davido news is not true. He can't be cheating on chioma after chivido and assurance2020. Chioma deserves better. You see this male gender, They will disgrace you. pic.twitter.com/rv3bw45rei

But Chioma not finishing up her degree because of a man still gon be forever funny to me.

In other news, lemme cc Davido, Chioma…some people will still blame it on Tinubu and Terry crews?. pic.twitter.com/tpkIXJkPPR

Davido where is assurrance you promised Chroma?if the rumor is true that means aren't loyal.Chioma suppose Sue you for that.,?? pic.twitter.com/rhHYSNpuBm 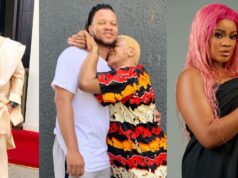 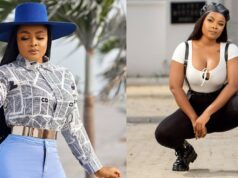 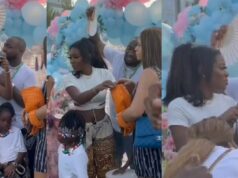 “He still loves her a lot” – Reactions as Davido was spotted fanning his first babymama, Sophia at their daughter’s birthday party (video)

“You are a great mother” – Davido hails Sophia Momodu at their daughter’s birthday...