The Church of Satan has replied UK-based Nigerian comedian, Wale Gates, over a book on the Anti-Christ which is currently gaining attention on social media.

A Twitter user shared a copy of the book titled “The Game of the Anti-Christ (Exposing the secret behind football)”. 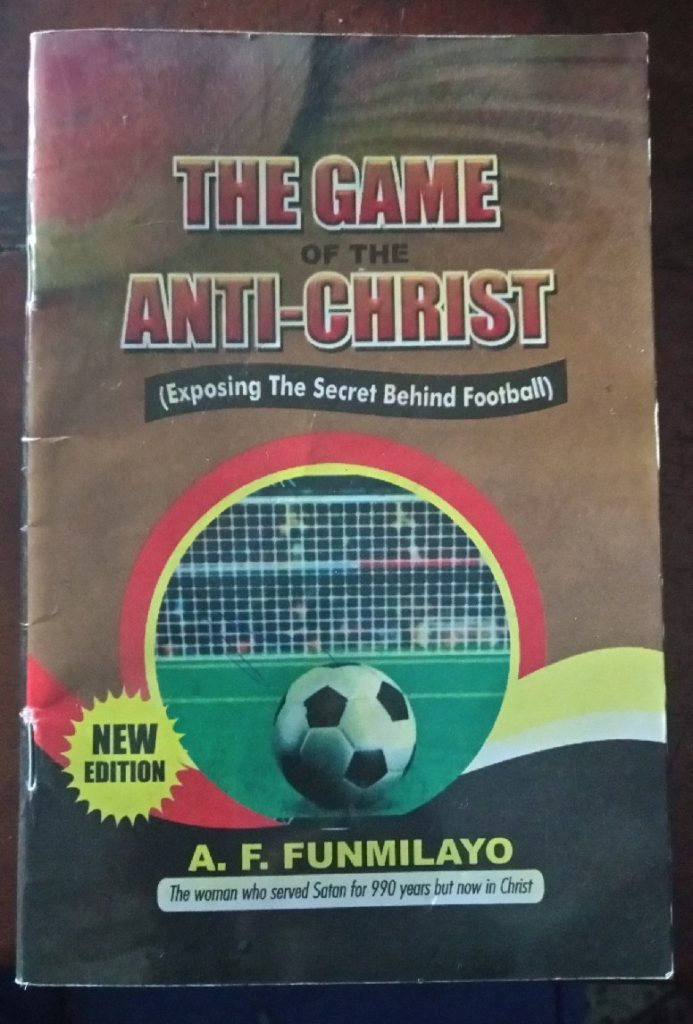 According to the Twitter user, his neighbors gave him the book after he inquired from their kids which of the football clubs they support.

The author who is a Nigerian, claimed she served satan for 990 years and during her service, found out that football is a demonic game. Read initial post here.

Joining other Nigerians to react in shock and amusement at the book, Wale Gates tweeted at the Church of Satan asking what the church thinks of the book. He wrote

“The small print at the bottom @[email protected] got anything to say about this? Hope you still pay her pension?” he wrote.

See the reply from the church below; 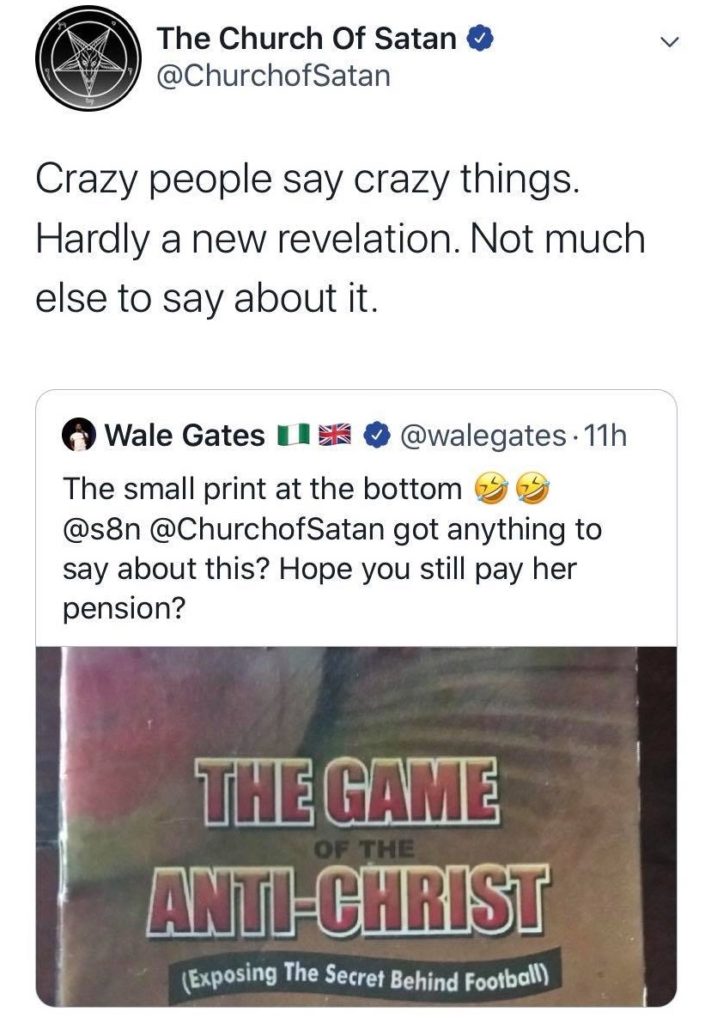 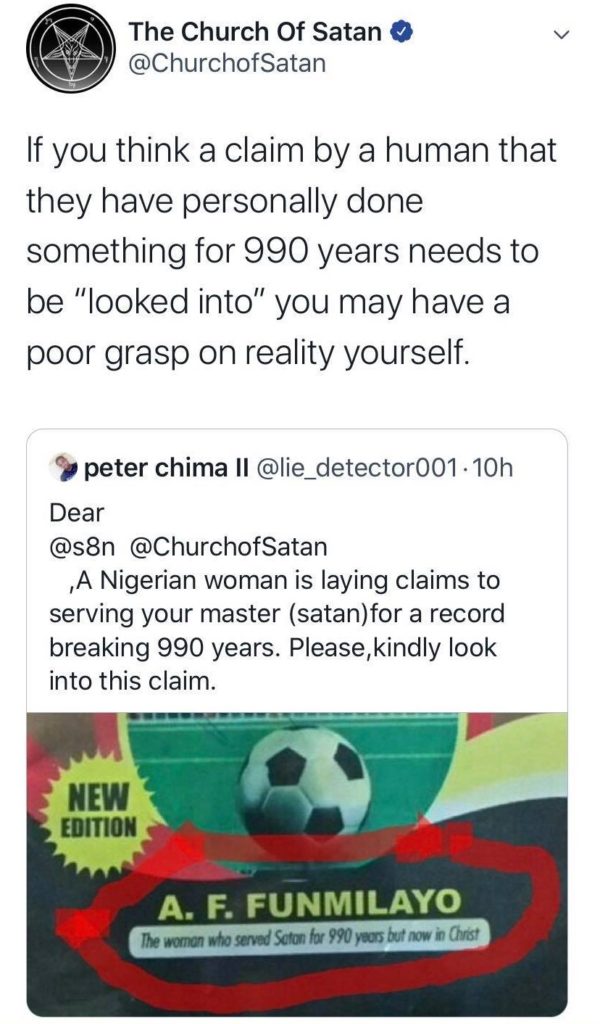 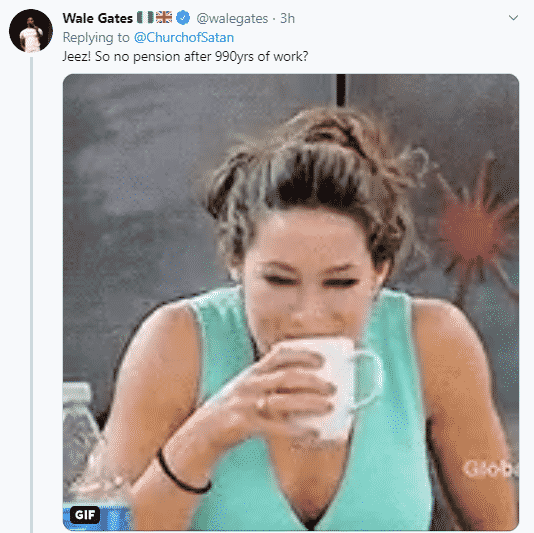 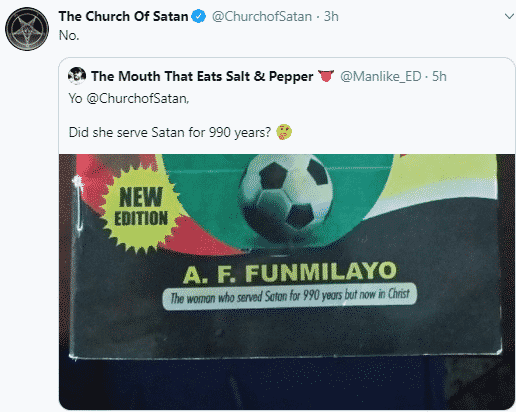 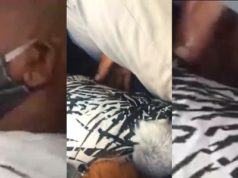 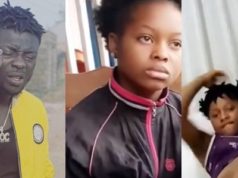 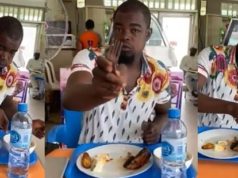 Man vows not to pay for food after eating at a restaurant, says the fish was not prepared that day (Video) 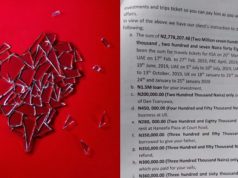 Man who claims to be ex-boyfriend of new wife of Customs boss, drags her to court; demands refund of over N9m spent on her... 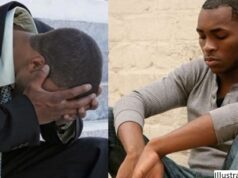 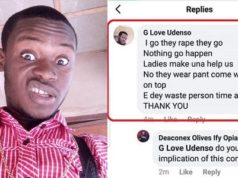 ‘I go dey rape dey go, nothing go happen’ – Nigerian man boasts of being a rapist while reacting to Uwa’s death