Home Foreign Conjoined Twins Who Share One Body, Given Birth To At Indonesian Hospital.... 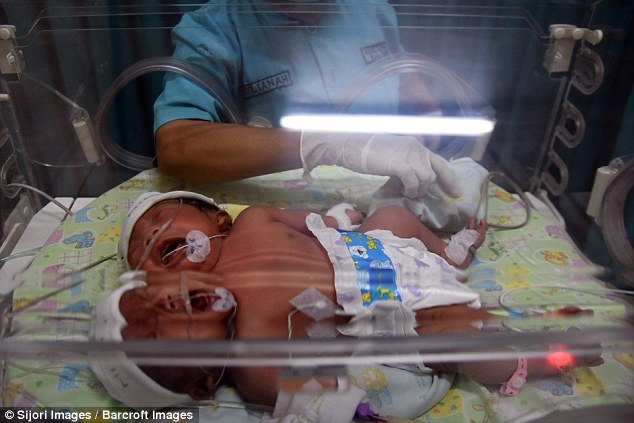 In a rare case of delivering baby twins, this conjoined twins were delivered on Monday in a hospital in Gresik on the East Java province of Indonesia.

The infant delivered on Monday is currently in an incubator under the care of nurses at Ibnu Sina General Hospital. The girl weighed in at 4.2 kg and was diagnosed with Parapagus, a rare form of partial twinning where there are two heads and two necks side by side on one torso. 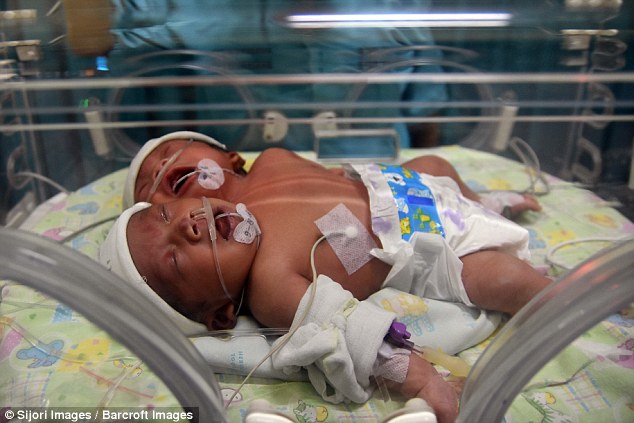 She was also diagnosed with respiratory failure from the minute of birth. The infant has been attached to a heart and respiratory monitor as doctors and nurses keep a close watch on the toddler.This disorder is different from conjoined twins as the baby has only one set of internal organs. 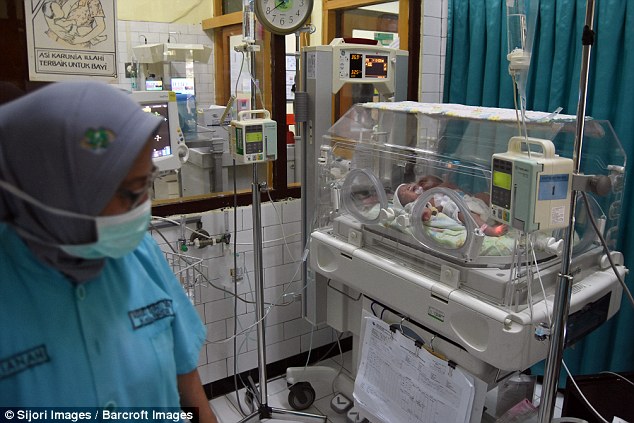 Due to there being only one heart it makes it impossible to separate them and save both their lives. The extremely rare case is thought to be brought on during the early stages of pregnancy as a result of genetic mutation.