Home Viral Corps members protest after an NYSC official allegedly slapped one of them... 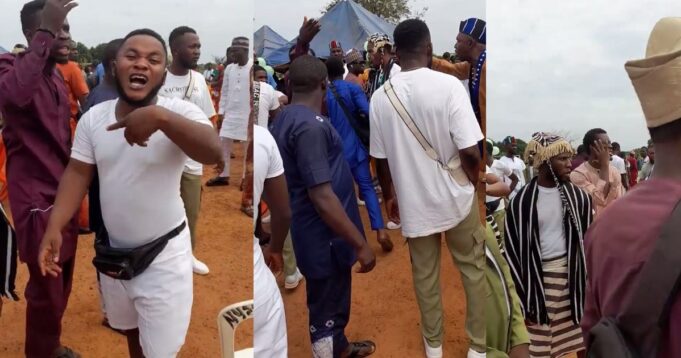 There was pandemonium at the National Youth Service Corps orientation camp in Benue state recently after an official allegedly slapped a corps member.

According to viral reports, a NYSC official slapped a corps member during one of the activities at the camp, and this enraged his colleagues, who immediately protested.

In a video from the scene that has been shared online, corps members were heard asking why the official assaulted one of them.

“Why dem go slap corper, dem dey beat corper for here for inside camp, for Benue, which kind level”, some voices in the background could be heard saying.

In other news, billionaire heiress and disc jockey, Florence Otedola better known as DJ Cuppy, was overwhelmed with emotions and cried tears of joy after completing her thesis at Oxford University.

The entertainer who has been giving her fans and followers update about the progress of her thesis, took to her Instagram page on Friday, July 1, to announce that she has finally completed it.

Sharing a picture of tears rolling down her eyes, Cuppy wrote,

I’m so drained that it actually feels so difficult to celebrate. 😪 Over the last few weeks, I’ve pushed myself SO much, both mentally and physically to actually finish this degree. Truthfully, this has been one of the most challenging experiences of my life… This paper alone has made me want to drop out of Oxford University TWICE.”