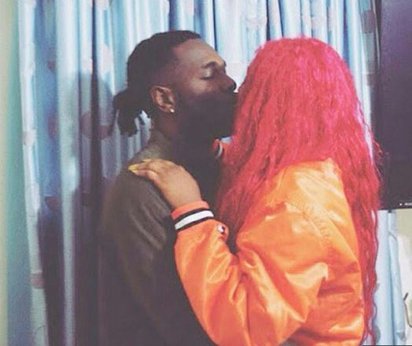 Cynthia Morgan is currently having issues with her Boyfriend, Le­zleesingz who is also a singer. Things has not being going well with the German Juice crooner and Le­zleesingz due to the kiss she shared with fellow artiste, Burna Boy.

Sources say Lezleesingz, a fast rising artiste went berserk after he heard details of how Burna Boy for more than two minutes kept kissing Cynthia on set because the director kept insisting on retakes.

However, unable to bear it anymore, he flew into Lagos and immediately summoned Cynthia Mor­gan to the video shoot of one of his songs which features Cynthia.

However, the chemistry between them was poor as they just acted like strangers on set,” a source said adding that Lezleesingz has given Cynthia an ultimatum that they either go public with their relationship which is against her label’s wish or forget about everything they’ve shared together.