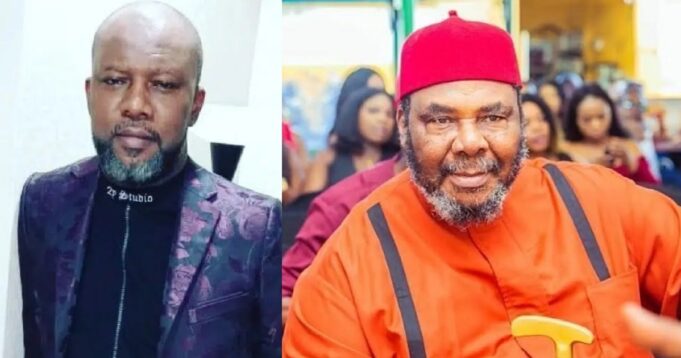 This comes after rumors started peddling on social media that the 75-year-old actor had died in a fatal car accident.

Reacting to the rumor, Uche took to his Instagram page to debunk the news while stating that his father is hale and hearty.

He added that this is not the first time people are spreading such rumours about his dad hence his decision to address it once and for all.

“Hi everyone. My dad is fine. No he is not dead and he has not been in an accident. Believe it or not, for the past twenty years, a group of people have taken up the task of declaring that my dad is dead. They do this every other year. Human beings are a weird bunch. I wonder what motivates people to do things like this. These are adults.

I guess they do it to drive traffic to their websites or just for their attention. Who knows. If this was a one off incident, I would not even bother to talk about it. But they have persisted. They have been doing this for years now and in the past few days, friends are calling us yet again. My dad must be some sort of super hero because according to the people peddling this news, he has died like a hundred times in the past twenty years.

Anyway thanks guys. Just needed to drop a quick one and shut this madness down. Have a superb week.”