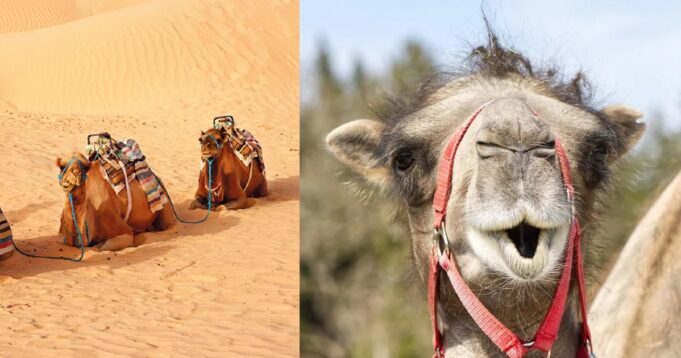 Last month, reports went viral on social media about a concept rumored to be real for years — influencers being paid to fly out to Dubai in order to let wealthy men and camels poo on them.

According to a new report, many high-profile influencers have been paid exorbitant amounts of money in the UAE to engage in the trend known as the “Dubai Porta Potty”.

A TikToker and former flight attendant with the handle @hocusbogus2.0 claims to have seen influencers and models talking about participating in the extremely weird practice – first hand. Passengers would apparently eat high-fibre foods on the way to Dubai, while bragging about what they were about to do.

The influencers are reportedly given free flights to Dubai and exclusive treatment and in exchange they are made to endure all manner of dehumanising activities, like being urinated on or eating human or camel poo.

Another social media user claimed a friend of theirs had been summoned to a “Porta Potty” party at a secluded mansion while she was in the UAE and made to do all manner of horrific things in exchange for 50k.

“I’m just gonna list of all the things she said she did and or witnessed:

“One girl had the contents of the bucket stuffed up her.

“Girls had to slide across the floor on their stomachs, licking up s***.

“There were human centipede actions.”