Home BBNaija 2020 “We are not dating, we cannot be doing stuff that people in...

Relentless BBNaija housemate, Ozo, is still trying to put pressure on his love interest Nengi, to accept being in an intimate relationship with him. 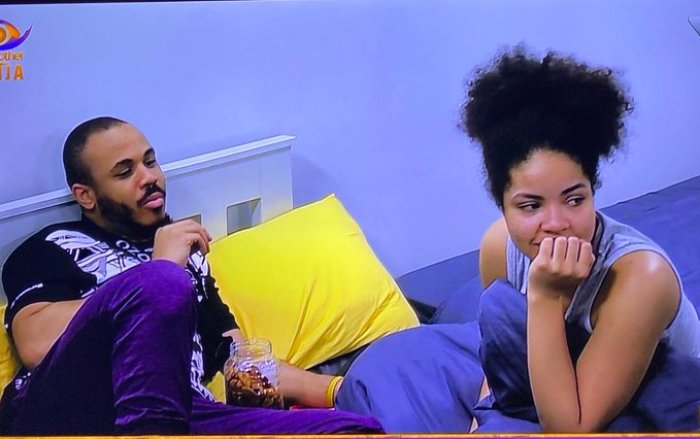 This morning during their daily workout, Nengi had to set boundaries again, telling him that they are just friends and should keep it at that.

“I have told you this thing repeatedly, we are friends, let’s keep it at friend. Stop trying to steal kisses.” she added.

Recall that, Ozo was captured on camera recently, professing his love to Nengi as he tells her that while they’re in a reality TV show, he’s also living his own reality and his reality is the fact that he’s in love with her and there’s nothing he can do to change.

While laying on the bed, Ozo approached Nengi to yet again, tell her of his feelings for her… this time, using the strong four letter word. He then tells her he never will say it to her again until they leave the Big Brother house as he believes the only way anything can work between them is if they’re both being truthful and honest with themselves.

Nengi has overtime refused Ozo’s advances as she continues to say that they’re nothing but friends only cause she actually has someone outside the Big Brother house but should in case that relationship doesn’t work, then can she only consider Ozo.