Music Executive, David Adeleke professionally known as Davido has been called out for allegedly beating up a bouncer in a lounge in Abuja. 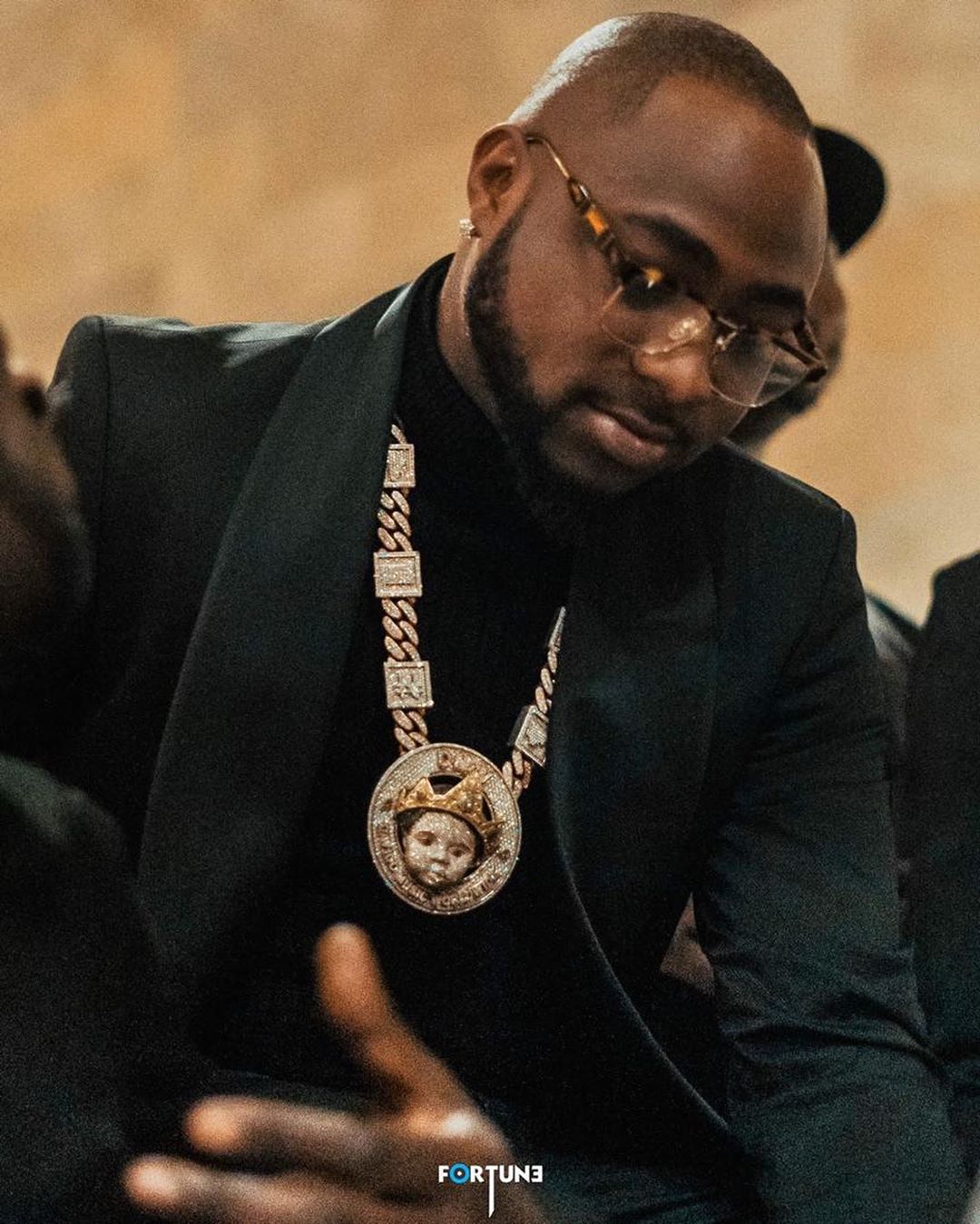 According to DJ TTB who shared the news, the ‘FEM’ crooner and his thugs beat up the bouncer till he started bleeding from his ears and nose.

He also questioned Davido’s values as he has been actively involved in the fight against police brutality and harassment in Nigeria.

“Davido you can’t be claiming you are fighting for the youths while same night, you and your thugs are beating up a bouncer in an Abuja lounge just for doing his job.

Be very careful bro the next time we go change am for you if you try this. The bouncer is in a very bad condition now, bleeding from ears and nose”. 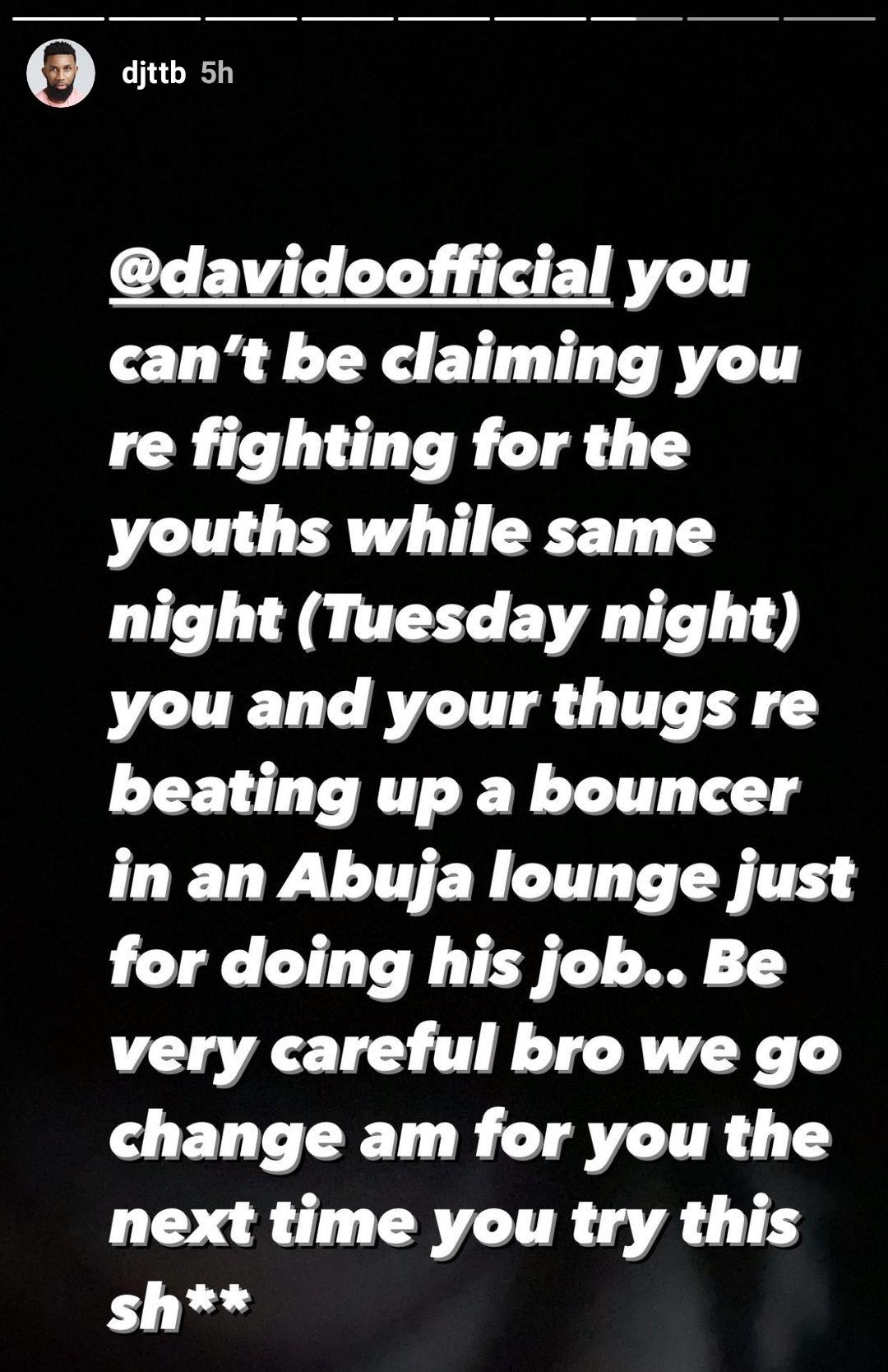 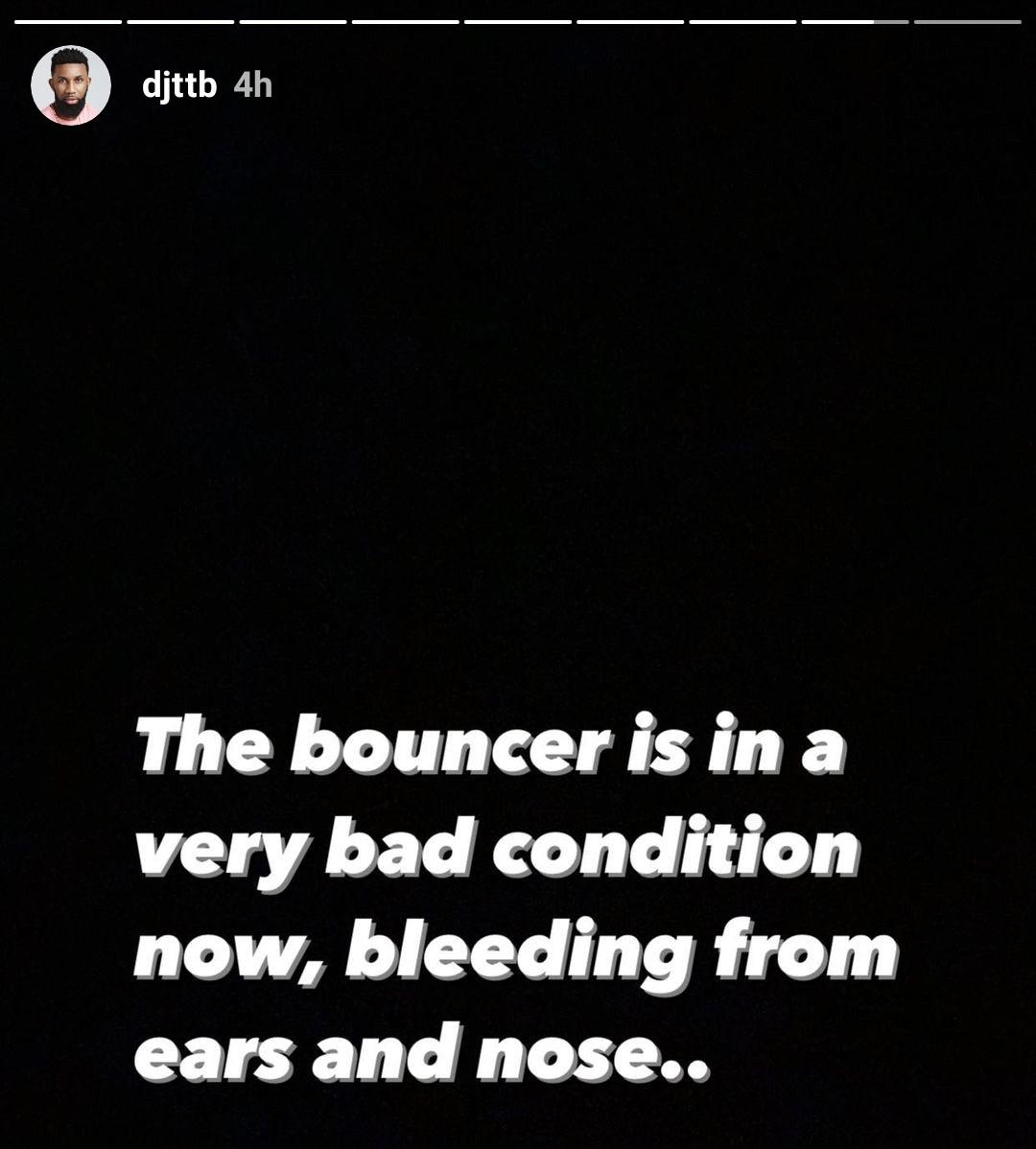 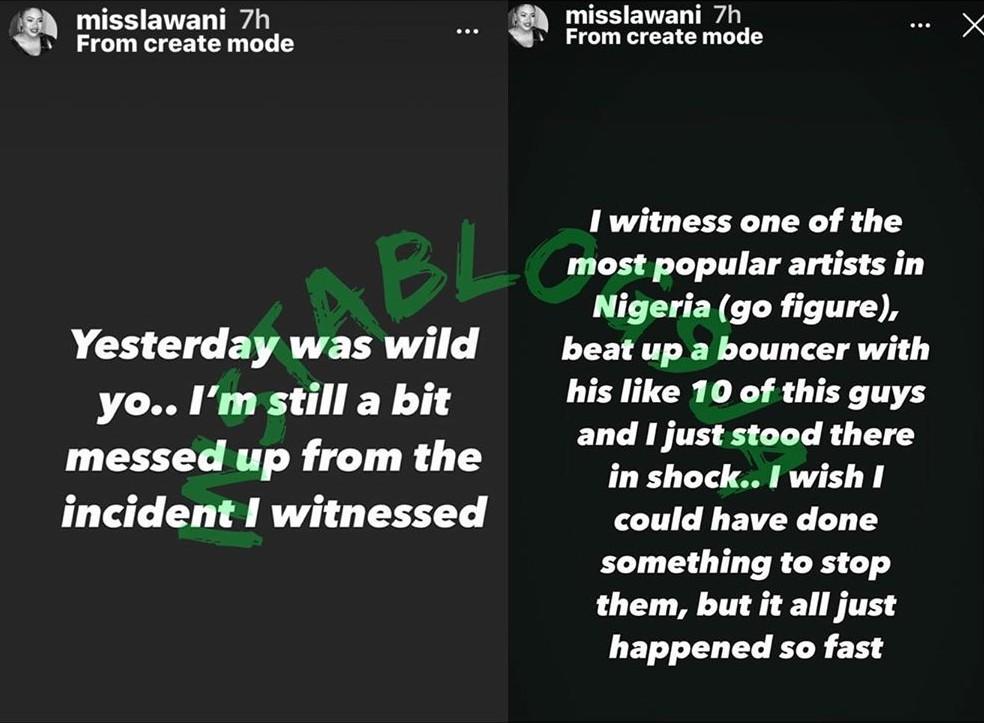 Some twitter users have slammed the artiste for the alleged assault.

See one of the reactions below,

What exactly are you angry about? You come to Abuja and beat up a bouncer mercilessly, last 2 weeks you were slapping people randomly in another lounge. Who d fuck do you think you are? End your madness in lagos don't bring it to abuja we are different here.