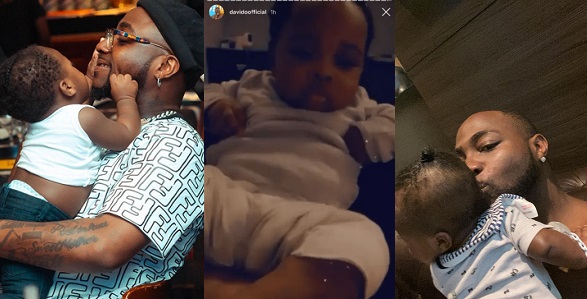 Popular Nigerian singer and father of three, Davido has left his fans wondering, after he disclosed that his son Ifeanyi will be making his debut today.

Davido had taken to his Twitter page in the early hours of today, November 11th to reveal that OBO Jr will be making his first appearance today.

While many fans believed the tweet means Davido would be sharing Ifeanyi’s first official photos online today, many others think there’s more to the tweet than they can imagine.

However a doubting fan, tried to confirm the authenticity of the singer’s tweet, as he asked for the source of the information.

In response, Davido assured his fans that he’s Ifeanyi’s father and wouldn’t deceive them.

Ifeanyi who clocked one, October 20th was celebrated with a lavish party organized by his celebrity parents.