A Consultant physician in Lagos, Ayeni Adeyemi David, has died while trying to save his electrocuted neighbor in Lagos over the weekend. 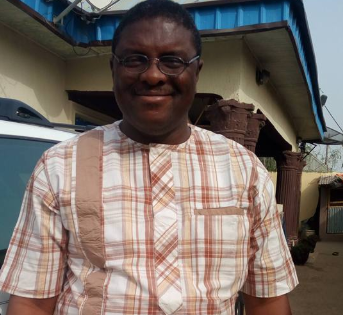 According to reports, the doctor was home when he heard the cries for help. He rushed out and intuitively tried to rescue his neighbor who suffered an electric shock. Unfortunately he was also electrocuted in the process.

His family members have taken to social media to mourn him. 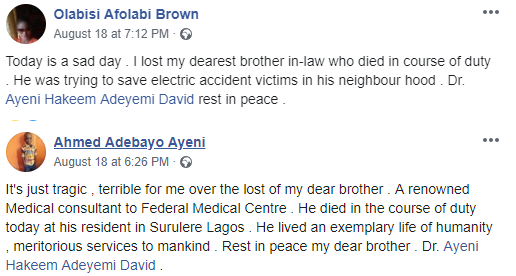