A bride-to-be met herself in a quite complicated situation after her fiance made her take a lie detector test which exposed her 5-year secret affair with another man who she met at the gym.

When the results were being read to the couple, it was revealed that lady had unprotected sex a few days ago with the fitness trainer.

After she tried to deny that she cheated on her partner, the lie detector experts disclosed that her husband-to-be hired them to secretly follow her around.

While still trying to prove her innocence, the fitness trainer was then invited into the room where the couple were arguing. The argument got a bit fierce.

The fitness trainer started accusing the lady of playing him for 5-years while she was engaged to someone else. The confused lady can be heard saying she’s in love with him while her heartbroken fiance stood next to them.

The video ended with the fiance walking away from the room after he demanded the ring he gave her be returned.

According to the Twitter user who shared the videos, he disclosed that the man got the ring back and broke up with his cheating partner.

Her fiancé made her take a lie detector test to see if she cheating turns out she be getting raw dogged by another nigga 😂 pic.twitter.com/Qz7R1H6g4K

Pt 5 and follow ya boi for entertaining y’all TL pic.twitter.com/T13PbZVdLv 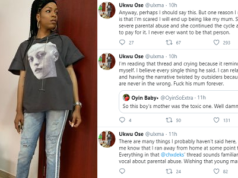 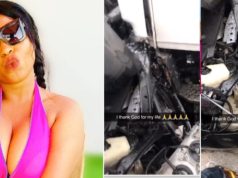 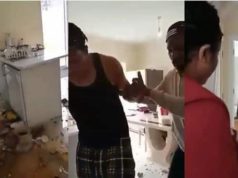 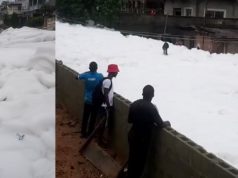